The wife of one of two people killed when a freight train struck an SUV at a rural crossing in Oregon seeks $2.7 million in a wrongful death lawsuit against Union Pacific and several workers.

The suit alleges there were safety hazards at the spot where the collision occurred, and the railroad company failed to address them.

The crash happened Dec. 10, 2013, as Nicholas, Kalla and MacKenzie Conway were driving to breakfast on an icy, snowy road after herding cattle in Klamath County. A northbound freight train struck the vehicle at a marked railroad crossing west of Highway 97. The crossing did not have guardrails or lights.

Nicholas Conway, the driver and lone survivor, was initially charged with criminally negligent homicide in the deaths of the passengers – his wife, Kalla, and his brother, MacKenzie. A prosecutor dismissed the charges three months ago, saying in a court document the state could not prove its case beyond a reasonable doubt. 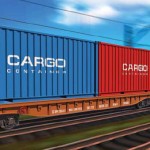 Conway’s defense attorney, Mike Arnold, said after the dismissal that his client never saw the train coming, and was neither speeding nor trying to beat the train.

MacKenzie Conway, the front-seat passenger, was survived by his wife and three stepchildren. The lawsuit was filed in Portland on their behalf.

It says Union Pacific failed to either recognize or take steps to eliminate local safety hazards and warn others of their existence.

A Union Pacific spokesman, Francisco Castillo, did not immediately respond to a call and email seeking comment.

Also listed as defendants are the engineer, the conductor, a conductor-in-training and three track supervisors or inspectors. It accuses them of various errors, such as failing to keep a proper lookout, failing to provide an appropriate audible warning, failing to create a safe stopping place for drivers to see approaching trains and failing to train locomotive crews about safety hazards.