The report, which is in its second year, offers a glance at factors including claim frequency and severity, impact of workers’ comp reforms, medical and indemnity costs and allocated loss adjustment expense over the past 10 to 12 years. Also included is data on payroll and utilization, age, litigation status and future medical claims.

Trends identified in the report include: 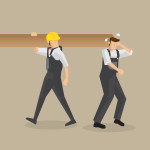 “California’s workers’ compensation environment is complex and always changing, and there are many challenges that employers and hospitals must contend with,” Richard Lord, principal and consulting actuary with Milliman, said in a statement. “The information in this report can help both employers and hospitals make more informed decisions regarding workers’ compensation and can help them develop plans to improve their overall results.”

According to the report, the first notable trend is that severity per paid indemnity claim — indemnity, medical, and allocated loss adjustment expense combined — showed an increase of almost 5.5 percent annually during the period between 2005 through 2014.

The report also notes that the drop off in claim severity that occurred from 2003 to 2004 was due to reform laws enacted during that time. Indemnity claim frequency declined dramatically up until 2008.

The net effect of these two trends combined has been that overall losses per $100 of payroll have been largely consistent across the past 10 years, the report shows.