Anthony John Diaz, 35, was arraigned today in the Fresno County Superior Court in California to answer charges that he allegedly stole insurance premiums from policyholders.

Diaz was arrested earlier this month by California Department of Insurance detectives and booked on felony charges of diverting funds, grand theft and embezzlement.

According to investigators, customers would sign up for an insurance policy on a newly purchased used vehicle, Diaz would pocket the premium payment, which was often cash, and input the information into the company’s computers. 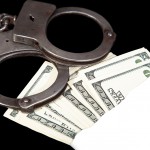 The insurer discovered the theft, fired Diaz, and reported the fraud to the department.

Diaz is currently out on $20,000 bail. The department issued an order suspending Diaz’s agent license; he is not currently allowed to transact insurance business.

“No matter what form insurance fraud takes, it is costly to insurers, consumers, and California’s economy,” California Insurance Commissioner Dave Jones said in a statement. “Careful monitoring by the insurer, coupled with the investigative work by Department of Insurance investigators, uncovered Diaz’s alleged crimes.”