A Portland, Ore.-based electricity provider that fired the contractor building its natural gas plant in Boardman is suing the backers of a bond guaranteeing construction.

Both insurers named in the lawsuit deny liability. The contractor’s parent company says the contract was wrongfully terminated.

PGE’s lawsuit says the company has found potentially dangerous defects since taking over construction of the Carty Generating Station in December. 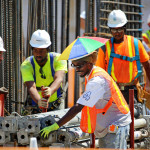 The lawsuit also says subcontractors have asserted almost $30 million in claims against the project for work that went unpaid by contractor Abeinsa, a subsidiary of Spanish energy firm Abengoa.

PGE is seeking $180 million in damages.