A Salt Lake City train derailed nearly two months ago because the operator thought he was supposed to go straight and took a curve at more than twice the recommended speed, according to newly released police documents.

Operator Bryce Johnson realized his mistake at the last second and tried to pull the emergency brake, but the train that was going about 37 mph nevertheless derailed, according to the reports by South Salt Lake police. The recommended speed for that stretch is 15 mph.

Drug and alcohol tests came back negative, and Johnson won’t face criminal charges, according to the reports obtained by The Associated Press through a public records request.

“He just messed up and didn’t realize the train was turning,” said South Salt Lake Police spokesman Gary Keller. “We didn’t have anything we would take to the DA’s office.” 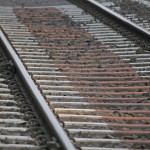 Johnson no longer works for the Utah Transit Authority, said spokesman Remi Barron. He declined to comment on whether the operator was disciplined in the derailment.

Train accidents caused by worker error are unusual, and the agency is still investigating to see if any changes to its procedures are necessary.

“We continually train our operators and reinforce safety procedures with them to prevent accidents like this from happening,” Barron said in an email.

Four people suffered minor to moderate injuries in the May 8 crash. Passengers said they were screaming for the operator to slow down just before the train went off the tracks.

Johnson sped up because he mistakenly believed he was supposed to go south but belatedly realized that the train would be diverging instead, according to investigators’ reports. He could not be reached for comment.

Train derailments have happened about three times in the Utah service’s approximately 17-year history, but the May accident was unusual because it didn’t involve a collision with something else, Barron said.

The last time a train derailed it was because a car burst through barrier arms and collided with it in January. In that case, nine people were hurt and the driver of the car died.