An insurance company contesting an arbitrator’s award following the shooting death of a dog by a neighbor has agreed to settle for $100,000.

Anderson filed a lawsuit against neighbor Scott Hayes and an arbitrator in August 2015 awarded Anderson $21,400. 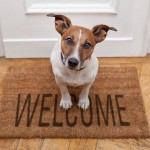 Hayes challenged the award but a jury of mostly dog owners earlier this month upped the damages to $36,475.

Liberty Mutual then agreed to settle for $100,000, which includes attorney fees.

Court documents say Chucky was an excellent swimmer and had a vocabulary of more than 100 words.