The U.S. Department of Labor is launching a pilot process in its Western region called the “Expedited Case Processing Pilot,” which enables a complainant covered by certain statutes to ask the Occupational Safety and Health Administration to cease its investigation and issue findings for the department’s Office of Administrative Law Judges to consider.

The move is possible only if the case meets certain criteria, and administrative law judges may order the same remedies as OSHA. The remedies include back pay, compensatory damages, punitive damages, attorneys’ fees and reinstatement.

In announcing the process, a release from the department acknowledged that OSHA’s investigation process can take time, and that complainants may be able to receive a determination more quickly by electing to expedite OSHA’s processing of claims. 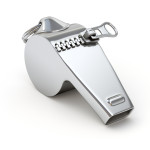 “The ultimate goal is to bring about quicker resolution for whistleblowers and their employers regarding claims of retaliation for reporting safety and other concerns on the job,” Barbara Goto, OSHA’s regional administrator in San Francisco, said in a statement.

The pilot became effective Aug. 1 in the agency’s San Francisco region, which includes California, Nevada, Arizona, Hawaii, and the islands of American Samoa, CNMI and Guam.