Rodents, insects and microscopic bacteria: All these hazards can exist in food and where it is stored, and it is up to the Oregon Department of Agriculture to ensure they’re not there.

But the department’s Food Safety Program, which is charged with carrying out inspections of dairies, grocery stores, food processors and other establishments, has a backlog that could cause an increase in dangerous and even fatal illnesses, Oregon’s secretary of state said in an audit published on Tuesday.

The Food Safety Program is responsible for regulating more than 12,000 food safety licenses in Oregon. The auditors found that, as of October, 2,841 licenses were overdue for an inspection by more than three months.

The 28-page report cites a scary scenario that was discovered during an inspection in one locale. 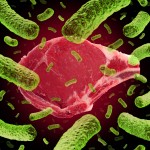 “Seven dead mice were still locked in snap traps … During a later visit, the inspectors found thousands of insects on glue traps and dead insects visible inside wrapped packages of lettuce. This time, the rodents spotted were alive; one stuck to a glue trap behind the bread display, another running near the front of the store,” said the audit from Secretary of State Jeanne P. Atkins office. The inspectors closed and condemned the store until the problems could be resolved.

The audit pointed out that not all violations are so obvious, and that health hazards could come from an establishment failing to properly sanitize a food preparation area or storing food at an improper temperature – which could allow bacteria to grow – or not labelling allergens like peanuts.

Each year, one in six Americans gets sick from contaminated foods or beverages, the Centers for Disease Control and Prevention says. The CDC estimates that of the roughly 48 million people who get sick from a foodborne illness each year, 128,000 are hospitalized and 3,000 die.

The backlog of inspections in Oregon was “caused by an increase in the number of licensed businesses … and an inspection staff busy with other duties,” said the audit, which is accessible via the secretary of state’s website. It recommended the agriculture department use stronger management practices, improve use of data and use its resources more strategically.

“Inspectors are also spending significant amounts of time on duties that are not related to inspections, such as attending training courses in specialized license types or answering customer questions on the phone,” the audit said.

It noted that the Food Safety Program has a contract with the U.S. Food and Drug Administration to conduct some of their inspections in exchange for reimbursement. It recommended doing fewer FDA contract inspections.

Lisa Hanson, acting director of the state agriculture department, wrote in a response that the department will implement the report’s recommendations.