The Arizona Senate approved a bill to raise the minimum amount of liability coverage drivers are required to carry on auto insurance policies, a proposal backers say is needed to protect accident victims from loss.

The bill by Sen. Kate Brophy McGee, R-Phoenix, is meant to shift the cost and responsibility back to those who cause accidents.

Brophy McGee said the legislation “is designed to protect the most vulnerable in our society.” Supporters of Senate Bill 1111 say the current minimums in auto liability coverage are too low.

According to Brophy McGee, the current limit in auto liability insurance has not been adjusted since 1972.

The existing law requires Arizona drivers to carry liability coverage that pays $15,000 for a single injury or death of a person. The proposal would raise that minimum to $25,000, while increasing the limit of all injuries and deaths in an accident from $30,000 to $50,000. 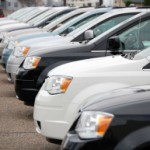 The bill would also change the limit of liability insurance requirements for property damage in an auto accident from $10,000 to $25,000.

Opponents say current liability insurance limits are sufficient in protecting citizens, and raising them will lead to more uninsured motorists.

Sen. David Farnsworth, R-Mesa, who called the measure “a poor man’s bill,” said he thinks the legislation will increase premiums for everyone.

“By passing this bill we are going to be putting some people in jail,” Farnsworth said. “I don’t think that’s a good idea.”

Brophy McGee disputed the bill would prompt people to end up in jail, and said she thinks the measure will only raise rates for some people.

The 18-12 Senate vote sends the measure to the House for action.