California lawmakers are considering an audacious proposal that would substantially remake the state’s health care system by eliminating insurance companies and guaranteeing coverage for everyone.

The idea known as single-payer healthcare has long been popular on the left. It’s gaining traction with liberals as President Donald Trump struggles with his efforts to repeal and replace the Affordable Care Act.

The proposal, promoted by the state’s powerful nursing union and two Democratic senators, is a longshot. But the supporters hope the time is right to persuade lawmakers in California, where Democrats have long been willing to push the boundaries of liberal public policy and are now particularly eaaliger to stand up to the Republican president.

“We have the chance to make universal health care a reality now,” Sen. Ricardo Lara, D-Bell Gardens, said last month. “It’s time to talk about how we get to health care for all that covers more and costs less.”

The measure would guarantee health coverage with no out-of-pocket costs for all residents of California, including people living in the country illegally. Private insurers would be barred from covering the same services, essentially eliminating them from the marketplace. Instead, a new state agency would contract with healthcare providers such as doctors and hospitals and pay the bills for everyone. 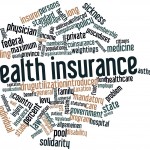 However, an essential question is still unanswered: Where will the money come from? California health care expenditures last year totaled more than $367 billion, according to the University of California, Los Angeles Center for Health Policy Research.

The bill envisions using all the money now spent on healthcare, from Medicare, Medicaid, federal public health funds, and Affordable Care Act subsidies. But it would also require tax increases on businesses, individuals or both.

Employers, business groups and health plans have mobilized in opposition to the proposal, warning that it would require massive tax increases while forcing patients to wait a long time to see a doctor. They say the state should stay focused on implementing President Barack Obama’s Affordable Care Act, which is credited with significantly reducing the ranks of the uninsured in California.

“A single-payer system would make the quality of our health care worse, not better,” California Association of Health Plans President and CEO Charles Bacchi said in a statement when details of the bill were announced. “We’ve made substantial progress in expanding and increasing access to and quality of care – this step backwards would be particularly devastating for Californians.”

The legislation, SB562, would impact everyone, not just the roughly 8 percent of Californians who lack insurance, including people on Medicare and private, employer-sponsored insurance, plans that are generally well-liked by the people who have them. Replacing billions of dollars in health care spending by employers and individuals would require significant tax increases, which must have support from two-thirds of the Assembly and Senate.

And even if it were to clear the Legislature and be signed by Gov. Jerry Brown, it would require cooperation from Trump’s administration to waive rules about federal Medicare and Medicaid dollars.