California’s total costs per workers’ compensation claim with more than seven days of lost time have remained stable after the passage of workers’ comp reform, while most other states experienced an increase during this period, according to a study by the Workers Compensation Research Institute.

The total costs per California workers’ compensation claim in 2013 evaluated as of March 2016 was changed little compared with injuries in 2010 with 36 months of experience. This stability in total costs per claim was a result of several offsetting trends, according to Ramona Tanabe, WCRI’s executive vice president and counsel.

She believes the that a decrease in medical payments per claim likely reflected the impact of Senate Bill 863, the state’s workers’ comp reform law, which took effect in 2013.

The law reduced the fee schedule rates for ambulatory surgery centers; eliminated separate reimbursement for implantable medical devices, hardware, and instruments for spinal surgeries; and began a multi-year transition to a professional services fee schedule based on the resource-based relative value scale. 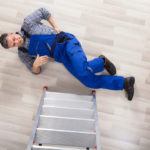 SB 863 also increased permanent disability benefits for injured workers, which Tanabe said explains in part why indemnity benefits per claim grew 5 to 6 percent per year in 2014 and 2015. She believes an increase in wages in multiple industries also contributed to this trend.

Other findings in the study include: