California’s surplus lines industry is trying to clear up the haze over a proposed regulation that would require medical marijuana businesses to purchase insurance only from admitted carriers.

The regulation is one of several regulations under consideration at a series of public hearings conducted by the Bureau of Medical Cannabis Regulation, which held its final hearing on the matter in Sacramento today. The medical cannabis regulations can be viewed at the state’s new Cannabis Web Portal.

The BMCR anticipates the regulations will be finalized by Jan. 1, 2018.

Among the proposals that will help govern the state’s budding medical marijuana business – some projections peg the new industry’s value at $7 billion, with an estimated $1 billion in taxes generated – is wording that limits businesses to getting coverage only from “authorized” insurers.

The Surplus Line Association of California was one of the first groups that lined up to weed out that part of the regulations.

Benjamin McKay, executive director of group, has testified at public hearings that the proposed regulation would make it difficult, if not impossible, for those in the marijuana business to procure insurance. 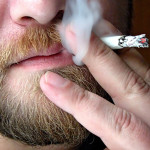 Section 5108, Subsection C of the proposed regulations would require licensees to obtain insurance policies from companies authorized to conduct business in California.

This language is “at odds with both market realities and the California Insurance Code,” McKay argues.

The lion’s share of businesses selling or involved in marijuana are insured in surplus lines market, he said.

McKay has explained to the BMCR that there are many cases when it is necessary for California insurance consumers to shop outside the state for coverage, such as when the risk being covered is considered distressed, unique, high-capacity, or too new for standard insurers to price.

McKay urged the bureau to reconsider the language limiting coverage to authorized insurers to ensure that businesses involved in the legal marijuana industry can get insurance.

A spokesman for the bureau was working to obtain an official response to answer McKay’s concerns, but as of press time but no response was made available.

Add the California Department of Insurance to the list of those who do not want the regulations preventing marijuana-related businesses to go to the nonadmitted market greenlighted.

The CDI in formal comments submitted a week ago expressed its concerns about the proposal, “which would have the consequence of allowing only licensed insurers to write coverage.”

The CDI has proposed language as a fix (deletions are stricken):

(c) A distributor licensee shall maintain the insurance required in subsection (b) from an insurance company authorized to do business in California by the Secretary of State that is:

(ii) an insurer qualified to do business in California by the Secretary of State and authorized by the Insurance Commissioner to write the liability and property classes of insurance as defined by Insurance Code sections 102, 103, 107, 114, 108 and 120; or

(d) A distributor licensee shall notify the bureau in writing within 10 calendar days of a lapse in insurance. Admitted insurers and risk retention groups must show proof of capitalization in the amount of at least $10,000,000.

(e) A distributor licensee shall notify the bureau in writing within 10 calendar days of a lapse in insurance.

One reason the CDI and others may support doing away with the proposed exclusion of surplus lines insurers is that there are few if any admitted insurers in the marijuana market.

“We don’t know of any admitted products,” McKay said.

He pointed to some impediments that prevent most admitted carriers from entering the marijuana business, specifically federal law views marijuana as an illegal substance.

A look at a list of marijuana insurance providers in California compiled by Marijuana Business Daily indicates that most insurers are non-admitted, and often non-traditional, with names like Cannabis Insurance Pros, Green Rock, InsureBud, MarijuanaInsurance.net, SOS Cannabis USA and www.MarijuanaBusinessInsuranceBroker.com.

James River, Scottsdale and Lloyd’s are among the numerous well-known insurers who entered the state’s marijuana insurance business.

“It’s all the typical business covers that you would expect,” McKay added. “There are a lot of companies in and around this space.”