Gov. Bill Walker’s administration has asked the Alaska Legislature for permission to spend $10 million on seismic surveying in the coastal plain of the Arctic National Wildlife Refuge.

The seismic survey funding was included last week in a supplemental spending request delivered by the state to the Legislature, the Juneau Empire reported Tuesday.

State officials said the money would be used to provide better information about the oil and gas below the surface of the little-surveyed coastal plain.

In December, Congress approved a federal budget that calls for oil and gas lease sales in the coastal plain.

Estimates by the Department of Interior to Congress indicated that as much as $2.2 billion could be earned from the sales of oil and gas leases there. That amount could be increased depending on the survey results. 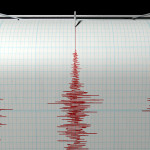 Half of the money from sales would go to the state.

The request comes at a critical time for the refuge, the federal government and the state, which is grappling with a $2.5 billion annual deficit.

“Even a small uptick in participation, we would recapture any of the costs we would put in at this point,” Department of Natural Resources Commissioner Andy Mack said.

Republican state Sen. Click Bishop of Fairbanks said that he questions if allocating $10 million will be enough if all costs will be recaptured.

But Republican state Sen. Peter Micciche of Soldotna said the state’s plan isn’t a zero-risk scenario. If surveys turn up no oil, or oil in smaller amounts than expected, it could actually decrease demand for leases.

“If you were to lease without that knowledge, sometimes folks will take that risk believing that entire area may have the potential,”Micciche said.

This isn’t the first time Alaska has tried to encourage refuge drilling with seismic surveys. In 2013, then-Gov. Sean Parnell proposed spending $50 million of state money on seismic surveying in the refuge _ if the federal government participated as a partner.

The Department of the Interior, then controlled by an appointee of President Barack Obama, declined to do so.