Medical marijuana providers in Montana will start testing, labeling and tracking their products as new rules took effect this week for state officials to keep close tabs on pot plants from seedlings until they’re sold.

The sweeping regulations cover everything from employee ID badges to pesticide testing, and aim to regulate the industry after voters in 2016 reversed severe restrictions previously passed by lawmakers.

Kate Cholewa, spokeswoman for the Montana Cannabis Industry Association, said the providers who make up her organization’s membership have been preparing for the new rules but won’t know if they are fully in compliance until they are inspected.

“I think people are as ready as they can be,” she said.

Some rules have not been finalized or are being delayed. For example, the state Department of Public Health and Human Services is granting a 20-day “grace period” from pesticide testing to give providers a little more time.

Regulators are still rewriting other rules, such as how much marijuana a provider can have. Lawmakers complained that the original limit of 50 square feet of canopy space per patient was too much. 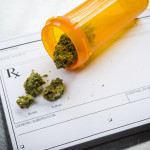 The health department is expected to publish a new proposed limit on Friday, but it won’t go into effect until after a public hearing in May.

Also, online systems for provider licensing and the tracking of plants will be implemented gradually. Providers don’t have to go through the new licensing process until their annual renewal is due or by Dec. 31, whichever comes first.

The providers who have used the new registration system, less than two dozen so far, are reporting no problems, health department spokesman Jon Ebelt said.

“Providers have commented that the system is easy to use,” Ebelt said.

Each new harvest of marijuana will have to be sent to a licensed laboratory for testing by the 577 state registered marijuana providers. Providers with 10 or fewer patients aren’t required to test their marijuana until 2020.

Two of the four labs in the state have licenses and the other two have until the end of April to get theirs, Ebelt said.

Lab testing is one of several new costs for providers. Another is the requirement that employees have state-issued permits. In addition, providers must pay annual licensing fees of between $1,000 and $5,000, depending on how many patients they have.

Those fees are expected to generate $1.8 million a year for the health department to oversee the state’s medical marijuana program. Providers also must pay 4 percent tax on gross sales.

A late change in the rules also will allow registered cardholders to consume marijuana at dispensaries, but Cholewa said providers have not considered opening lounges or other areas for customers to use their products.

A state law passed in 2011 would have banned marijuana dispensaries by capping the number of patients a provider could have at three. A court challenge delayed implementing the 2011 law until a few months before the 2016 election, when voters passed the ballot initiative to overturn the law.

Since the ballot initiative’s passage, the number of registered marijuana patients has boomed.

In the past 12 months alone, the number of registered patients has nearly doubled, reaching almost 26,000 last March.