A U.S. appeals court has revived a leading business group’s challenge to a Seattle law, the first of its kind, that would allow drivers for ride-hailing services such as Uber Technologies Inc. and Lyft to unionize.

The San Francisco-based 9th U.S. Circuit Court of Appeals said the city did not have the power to regulate payment arrangements between companies like Uber and Lyft and their drivers.

The litigation is unfolding amid a national debate over whether workers in the “gig economy” are independent contractors, who typically cannot form unions, or employees.

The U.S. Chamber of Commerce, which sued over the law last year and counts Uber and Lyft among its members, said in a statement that it was pleased with the decision.

“The Chamber brought this lawsuit because allowing every city or town to create its own unionization scheme would have burdened innovation, increased prices, killed jobs, and harmed consumers,” said the group, the largest U.S. business lobby. 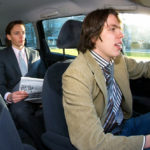 The Seattle city attorney’s office did not respond to a request for comment.

Seattle’s law, passed in 2015, requires the city to select a union as the exclusive bargaining representative of the estimated 9,000 drivers in Seattle who work for Uber, Lyft and other services. The law was put on hold pending the outcome of the chamber’s lawsuit.

The chamber argued that by allowing drivers to bargain over their pay, which is based on fares received from passengers, the city would permit them to essentially fix prices in violation of federal antitrust law.

A federal judge in Seattle last year disagreed, saying the state of Washington had specifically authorized its cities to regulate the for-hire transportation industry.

But the 9th Circuit on Friday said state law allows the city to regulate rates that companies charge to passengers, but not the fees that drivers pay to companies like Uber or Lyft in exchange for ride referrals.

The court sent the case back to the judge in Seattle to reconsider the chamber’s antitrust claim.

The city and supporters of the law, including labor unions, have said that allowing drivers to unionize would improve their working conditions, making ride-sharing services safer for passengers.

Lawyers for the city had told the 9th Circuit that in some cases, drivers were engaging in unsafe behavior such as driving on little or no sleep because they are not paid adequately.