Lime, Bird, and Spin, startups that have delighted and infuriated San Franciscans with their scooter-sharing services, have pulled their vehicles from the streets while they apply for permits to operate. The process for allowing scooters was established soon after the companies began operating without explicit permission from city officials this spring. Lime told its users it hoped to be back on the streets within weeks.

The next step is a yearlong pilot program, in which the total number of scooters in the city will be capped at 1,250 for the first six months, then 2,500 if all goes well. As many as five companies will be able to operate during that period. The companies must share data about their operations, obtain insurance, explain to officials how they will serve low income areas, and promise to deal with the issue of people riding on the sidewalk. 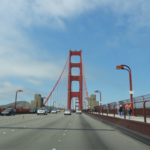 While the startups are complying with the city’s permitting process, they also oppose the cap, saying that it would make more sense to have a system that would allow the number of scooters to grow in response to demand. Investors expect the scooters to be a lasting feature of the urban landscape; both Lime and Bird are in the process of raising large investment rounds. Bird’s investors will value it at over $1 billion, according to people familiar with the matter.

Grabbing a page straight from Uber’s playbook, Bird used its app to mobilize political support. Its users were greeted today with an apology for the inconvenience, and a way to call or email city officials to show support for scooter sharing services. In a statement, Ken Baer, a spokesman for the company, urged the city to work quickly as possible to issue permits, “to minimize disruption to the tens of thousands of people in San Francisco who have come to depend on Bird as an accessible, fun and effective transportation option.”

Lime said its staff removed the scooters on Sunday and is redeploying them to other markets for the time being. Lingering scooters have been remotely disabled, according to the company, which said that some of them had been brought into the city by riders from Oakland or San Jose.

Scooter riders aren’t the only ones impacted by their disappearance. The companies paid residents to pick vehicles off the streets and re-charge them overnight, so at least some people will experience a loss of income while the permitting is sorted out. Livia Looper, one of Lime’s most prolific scooter-chargers, expressed concern. “Seems I’m out of a job,” she said.