Medical payments per claim with more than seven days of lost time in California decreased after the implementation of workers’ comp reform for claims with experience through March 2017, according to a recent study by the Workers Compensation Research Institute.

The state passed sweeping workers’ comp reform with Senate Bill 863, which went into effect in 2013.

“Most other states WCRI studied experienced increases or stable trends over the same period,” Ramona Tanabe, WCRI’s executive vice president and counsel, said in a statement. 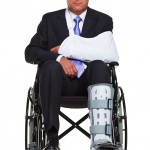 The study, CompScope Medical Benchmarks for California, 19th Edition, continued to monitor the changes in medical payments, prices, and utilization in the California workers’ comp system in the era post-SB 863. The study also compared these metrics of medical costs and care in California with 17 other states before and after SB 863.

Following are among the study’s other findings for California:

The group has more on the report at its website.