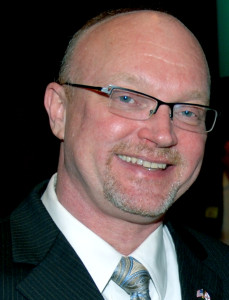 News of Florida Insurance Commissioner Kevin M. McCarty’s resignation rocked the state Jan. 6 when he announced that he would leave office on May 2, 2016 after 12 years in the post.

McCarty has served as the only appointed insurance commissioner for the Florida Office of Insurance Regulation (OIR) since the office was created in 2003.

“The privilege of serving the people of Florida as Insurance Commissioner has been the highlight of my professional career. I am proud of the tremendous accomplishments achieved during my tenure and am grateful to the outstanding and talented staff at the Office of Insurance Regulation who made them possible,” McCarty stated in his announcement, issued through OIR.

His decision seemed to come out of nowhere, but those who have worked with McCarty in Florida say they weren’t surprised he decided to move on. McCarty endured a public ouster bid by Florida Gov. Rick Scott last year, which could have served as part of his motivation to leave office.

It’s been a privilege and an honor to serve as insurance commissioner.

“If you don’t feel welcome where you are, you will respond to other opportunities that knock on the door,” said Jay Neal, president and CEO of Florida Association for Insurance Reform (FAIR), which presented McCarty with a Lifetime Achievement Award last year.

McCarty didn’t state what his next move was, just that he was “looking forward to exploring new opportunities that will allow me to use the skills, knowledge and expertise I’ve gained as Insurance Commissioner.”

However, it didn’t take long for speculation to start on where he may land.

A report from Florida Politics via SNL Financial quoted sources saying McCarty may be vying for the National Association of Insurance Commissioners (NAIC) chief executive officer position that opened up with the departure of the current leader U.S. Senator Ben Nelson on Jan. 31. McCarty has worked closely with the organization through the years, including as a former president and the current chair of the International Insurance Regulations Committee.

OIR did not confirm or deny the report, when contacted by Insurance Journal, and as of press time on Jan. 19 no announcement had yet been made by McCarty.

In an interview with Insurance Journal in November, McCarty said his long tenure as Florida’s Insurance Commissioner has required him to “wear many hats.”

“Florida, in many ways, has been a challenging place to be. There was no blueprint to look to because Florida was often the pioneer in [many] areas,” he said. “It’s been a privilege and an honor to serve as insurance commissioner.”

Those who have worked with McCarty agreed he hasn’t finished leaving his mark on the insurance industry.

“He still has quite a few working years ahead of him and things to do,” said Neal. “But what he has managed to accomplish here in Florida could be considered accomplishments of a lifetime.”

“He has served this state selflessly and his international regulatory experience will provide him endless opportunities in the private market. The world is his oyster and no matter where he lands, the organization he joins will be better for it,” said Lisa Miller, former Florida Deputy Insurance Commissioner who served with McCarty in the early 2000’s.

Speculation has also begun on who could replace McCarty. Those rumored to be in the running include Florida State Representative Bill Hager, a former Iowa Insurance Commissioner; and Tom Grady, former interim president of Florida’s Citizens Property Insurance Corp.

There is also the possibility that a candidate Scott considered last year, Louisiana Deputy Commissioner of Consumer Advocacy Ron Henderson, could be in the running.

The decision, however, is ultimately up to the Florida Cabinet, which consists of the governor and three constitutionally elected state executives – the chief financial officer, the state attorney general, and the state commissioner of agriculture.

The commission appoints or removes each director by a majority vote consisting of at least three affirmative votes. The governor and the CFO’s votes carry the most weight, according to the state constitution.

The minimum qualifications for the Director of the Office of Insurance Regulation include “5 years of responsible private sector experience working full time in areas within the scope of the subject matter jurisdiction of the Office of Insurance Regulation or at least 5 years of experience as a senior examiner or other senior employee of a state or federal agency having regulatory responsibility over insurers or insurance agencies.” The experience must be within the previous 10 years, the Florida Constitution says.

Whoever takes over will have his or her work cut out for them when McCarty leaves office after such a long tenure.

“These are some pretty huge shoes to fill and it’s going to be tough,” said Neal. “We need someone who is experienced in that role or we will see problems.”