After Back to the Future 2 was released in 1989, moviegoers could observe Marty McFly as he traveled to his version of 2015 where fingerprints were used to identify a person, to unlock the front door of a house and to pay a taxi. Thirty years later, the use of biometric identifiers isn’t something only imagined on the big screen.

A biometric identifier is any body part that is unique to a person, such as a face, a handprint or a voice, and these identification methods have become increasingly popular instead of traditional username and password systems, explained Claudia Oliveri, assistant vice president for EPL Claims at Starr Adjustment Services. Oliveri was speaking on a panel at the 2019 Professional Liability Underwriting Society (PLUS) Conference, held in November in National Harbor, Md.

Many proponents of biometric data usage today tout its reliability in place of ID cards or passwords, which can be easily lost or stolen, she said. However, one issue Back to the Future 2 didn’t touch on during its foreshadowing is the insurance challenge presented by biometrics.

“Biometric information is going to be the number one new claim in 2020?” moderator Kevin O’Hagan, founding partner of O’Hagan Meyer, asked panelists.

This is because the use of biometric information has brought concerns regarding privacy issues in the workplace, and with that, EPL exposures, she explained.

“Opponents [of biometric identifiers] are more concerned and worried about the threat of identity theft and data breaches,” she said. “If you lose your fingerprint, there’s no way you’re going to be able to replace it.”

With this in mind, concerned states have been passing privacy statutes. In 2008, Illinois was the first state to pass BIPA, or the Biometric Information Privacy Act. While the act doesn’t prohibit the use or collection of biometric information, it sets out key requirements.

For example, if private companies or employers want to use biometrics for things like timekeeping, Oliveri said, they will need to give notice to employees about the intention to collect their fingerprints. They will also need to obtain employees’ written consent and have a retention policy in place regarding how the data will be used, stored and destroyed when it is no longer needed.

“If there are any sort of violations, you have penalties imposed,” she said. “$1,000 for negligent violations or $5,000 for intentional violations.”

For the insurance industry, BIPA actions have begun to crop up particularly in the EPL realm because employees are bringing many of these actions, Oliveri said.

“Depending on the wording of the policy, particularly if an invasion of privacy is an enumerated peril, there’s usually a trigger there,” she explained. “Then there’s cyber liability, which everyone I hope has, and that would apply as well depending on the [policy’s] definition of privacy and wrongful act.”

‘Biometric information is going to be the number one new claim in 2020?’ Yes.

In addition, the California Consumer Privacy Act (CCPA), which requires companies to report to customers upon their request what personal data they’ve collected, why it was collected and what third-parties have received it, is set to begin January 2020. The CCPA not only applies to biometric information, but also gives consumers the right to pursue a private right of action regarding other personal information such as social security numbers or bank account numbers.

“I can envision seeing some claims coming on the horizon,” Oliveri said.

Although Oliveri labeled biometric information as the top claim area to watch for in 2020, she and other panelists discussed additional areas of concern in the EPL space next year as well, namely cannabis legalization,

Although the legalization of cannabis has been gaining traction at the state level, the fact that it is still a federal crime to possess, sell or use marijuana has presented some conflicts in the workplace and elsewhere, said Laurie Mandell, assistant vice president and claims manager in Chubb’s Professional Lines group.

“When I first presented this topic about five years ago, 25 states and Washington D.C. had legalized the use of marijuana in some form,” she said. “Today, it would be easier to go through a list of states that had no legalization than to mention the ones who legalized.”

Despite cannabis legalization being a hot topic among the insurance industry, particularly at conferences, Mandell said the industry has not seen it evolve as a driving source of claims in the EPL world just yet.

She said she believes this is because cannabis legalization is relatively new, so the background law hasn’t been fully developed and states haven’t found their footing in terms of building a cohesive caseload as a precedent.

“Why do we view this as being something that’s a hot topic now?” she asked. “Well, first of all, you would assume the more states that legalize, the more pressure that will be put on the federal government as a whole to take some kind of action.”

This, coupled with the fact that states with laws in place have had an increase in employee friendly judgments, means more cases are likely to be seen, Mandell said. She pointed to some examples of cases that have already popped up involving the Americans with Disabilities Act (ADA).

“Americans with Disabilities Act prohibits disability discrimination and requires a reasonable accommodation,” she said. “However, the ADA also expressly excludes any employee accommodation leading to the use of medical marijuana in the workplace. And that sets off a conflict.”

Additionally, an intersection has been observed between disability claims and family medical leave claims, in which employees returning from approved medical leave test positive for marijuana and are terminated from their employment, Mandell explained.

“Cannabis is still the number one drug that pops up in employee drug testing,” she said. “You can see where there is a concern on that level.”

Concerns around testing positive have also arisen because there is no consensus among states about how legalized medical marijuana is handled in the workplace, she added.

“You also have almost two sets of different forms of legalization related to medical marijuana,” Mandell said. “You have employers in certain states allowed to enforce the zero-tolerance policy and set their own rules. And then you have states where they tell the employers, ‘No, you cannot terminate your employee if they test positive.'”

Another likely issue going forward for states that have legalized cannabis is how to measure if somebody is high when they come into the office, she added.

“If someone comes in tired, or someone’s clothes smell like weed, is that enough for [an employer] to say you’re intoxicated?” she said. 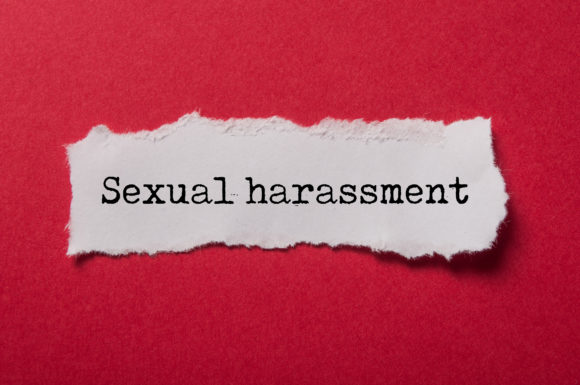 Sexual Harassment Issues in the Workplace

While cannabis legalization has been a hot topic in the insurance industry, another workplace issue that has garnered increased awareness is sexual harassment. Barry Postman, board certified civil trial attorney at CSK Legal, explained that although Equal Employment Opportunity Commission (EEOC) charges in general are down, sexual harassment in the workplace is one area where these charges have risen slightly.

“What we’re seeing is the EEOC’s role in these investigations is much more significant than it’s ever been,” he said.

‘We have moved on because the plaintiff’s bar has found a larger location that we all love to visit and stay in, which is the internet world.’

Postman stated the reasons for this could be increased awareness and pressure to pursue these actions, as well as the EEOC having more time as overall charges are down.

“It’s not just the investigations; it’s also the enforcement,” he said. “They’re filing more lawsuits than they have ever filed.”

In fact, just last year, the EEOC filed 66 lawsuits, with 44 of those being related to sexual harassment — a more than 50% increase from 2017, according to EEOC’s Preliminary Fiscal Year 2018 Sexual Harassment Data report. The EEOC also collected $70 million for victims of sexual harassment in 2018, which was up from $47.5 million in 2017, the report stated.

Another issue that has arisen on the back of sexual harassment in the workplace is co-employment relationships, Postman added. 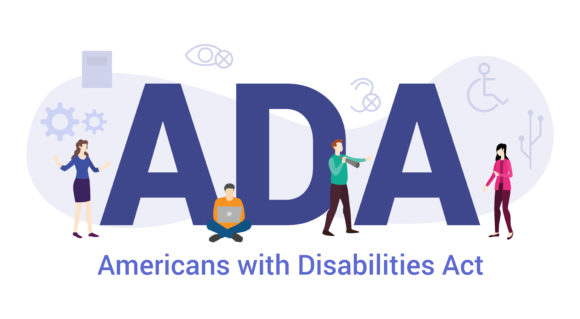 ADA and the Internet

Outside of the office, another area to watch in the EPL space is third-party claims regarding ADA website cases, panelists said.

Overall, ADA lawsuits have nearly tripled over the past five years, Mandell said.

O’Hagan pointed to one trend that could be contributing to the amount of lawsuits in which the same company is sued multiple times, even after reaching a settlement to remediate its website.

“Once they remediate it, because the guidelines are so loose and it’s impossible to enforce, another blind person can come to court and claim that the new version doesn’t quite meet the standards,” he said. “I’ve represented people who have had four or five claims for the same website.”

Part of the problem is the current approach used to attack these claims by companies and insurers isn’t working, Mandell said.

“[They’re saying], ‘We’re going to dive in, we’re going to either resolve the problem or make a de minimis settlement to get rid of this claim, and let’s hope that nobody else brings a suit,” she said. “This doesn’t put the activity to bed.”

Instead, the best way to handle these issues is to have website experts review and approve of the current system, as well as to make sure employers are savvy about job application forms on their websites, Mandell said.

“Some people come in and claim, ‘I’m an applicant, and I was affected or disadvantaged by your website not being compliant for me,'” she said.

As panelists discussed how these areas are creating new exposures in EPL insurance, they urged the industry to pay close attention to these topics heading into 2020.

“All of the topics covered today are new exposures for EPL insurance that I would say didn’t exist five or 10 years ago,” O’Hagan said, “and that we’re paying claims on.”

How China’s Coronavirus Will Test the U.S., Too: Opinion