Last year, I wrote a 12-part series of Insurance Journal columns based on my book “When Words Collide: Resolving Insurance Coverage and Claims Disputes” where I shared the principles and practices I’ve applied over the past 30-plus years in resolving coverage and claim disputes. I also presented 12 monthly Academy of Insurance webinars based on the book, all of which are available if you become an Academy member.

This year, I’ve been asked to continue the dialogue by focusing on the forms and facts of actual claims I’ve consulted on in order to illustrate how to apply logic and policy form language to reasonably and fairly resolve disputes without litigation.

At the time I’m writing this first installment, there is an impending presidential impeachment. It may or may not be a reality by the time you read this. The last time a U.S. president was impeached was 1998 when President Clinton made the statement, “It depends on what the meaning of the word ‘is’ is….” So, what relevance does this have to an apolitical insurance claim?

One claim dispute I was involved with I refer to in seminars as “The Unimpeachable Case of What ‘Are’ Is.” It illustrates how a single word, even the tense of a verb, in a policy form can make all the difference in whether a claim is covered.

A plastics extrusion manufacturer contracted with various product developers to manufacture their products. The firm’s marketing vice president had the idea to take a construction trailer and build a scale model of the extrusion process inside it. The trailer would then be hauled to various conventions and trade shows around the country and set up in the parking lot of the venue so that attendees could tour the model.

The idea was that a driver/operator and sales rep would travel to potentially dozens of conventions annually. The reality, though, after a year’s period of time, was that the trailer was off the manufacturer’s premises only once for a period of about three days for a local trade show.

Coverage can hinge on the meaning and context of one word as well as the unique facts and circumstances of each claim.

While the trailer was on the manufacturer’s premises, it was vandalized to the tune of $12,362.62 in damages. The manufacturer’s insurance program included commercial auto insurance, but no physical damage coverage was provided on the trailer. The insured sought coverage under its commercial property coverage, specifically the ISO CP 00 10 Building and Personal Property Coverage Form with a CP 10 30 Special Causes of Loss form attached.

However, when the claim was submitted, the adjuster denied it. While the peril of vandalism was covered, the adjuster argued that the vehicle itself was not covered property, citing the following exclusionary language in the CP 00 10:

Vehicles or self-propelled machines (including aircraft or watercraft) that:

(2) Are operated principally away from the described premises.

So, there is no coverage for the trailer if it is either licensed for use on public roads or operated principally away from the premises. The key word in this exclusionary provision is the word “Are.” Let’s examine each of the two conditions, starting with the first one.

In the state where the vehicle was towed the one time it was off the premises, the law required the trailer to be licensed. The problem is, the trailer was not licensed. It’s not clear why it wasn’t licensed, but it was an inarguable fact that it wasn’t. Note that the exclusionary language applies to vehicles that “Are” licensed for use on public roads. To repeat, it wasn’t. 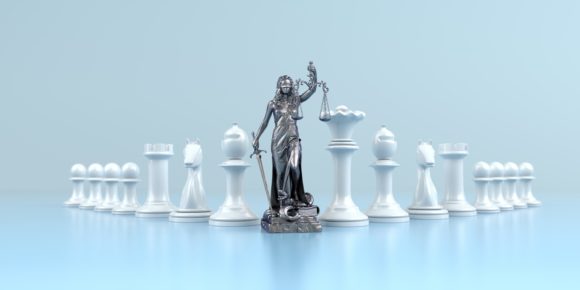 The adjuster’s response was, “Yeah, but it was supposed to be.” If that’s the case, then the policy language should have said something like “Are licensed, or required by law to be licensed, for use on public roads.” I just happened to be writing a homeowners article at the time this claim came to my attention and pointed out to the adjuster that the ISO HO-3 policy excludes motor vehicle liability coverage if an otherwise covered vehicle:

“Is not registered for use on public roads or property, but such registration is required by a law or regulation issued by a government agency, for it to be used at the place of the ‘occurrence’….”

“To any person eligible to receive benefits voluntarily provided or required to be provided under any… Workers’ compensation law….”

The “required by law to be provided” type of language could certainly have been used in ISO’s CP 00 10 form, but it wasn’t. The exclusionary language unambiguously applies only to vehicles that “Are” licensed for use on public roads.

Based on the arguments made above, the adjuster, to his credit, paid the claim. It’s likely that the policy form really isn’t intended to cover an exposure like this, but that doesn’t mean it’s not covered. If the intent is truly not to cover this type of property, then the remedy for this situation is to revise the form language to reflect that intent.

So, what is the primary learning point from this real-life case study? It illustrates how coverage can hinge on the meaning and context of one word (and, in this case, the tense of a verb), as well as the unique facts and circumstances of each claim.

To illustrate that point with a policy provision unrelated to the case study in question, here are excerpts from the definition of “coverage territory” in, respectively, an ISO and a non-ISO proprietary general liability policy [emphasis added]:

“Coverage territory” means…All other parts of the world if the injury or damage arises out of…Goods or services made or sold by you in the territory described in a. above;

“Coverage territory” means…All other parts of the world if the injury or damage arises out of…Goods or services made and sold by you in the territory described in a. above;

One word. These definitions are identical except for one word. But it’s easy to see how vastly more restrictive the second definition is for someone with an international products liability exposure. Unless this difference was pointed out, would the typical insured catch this? Not a chance.

Would the typical agent recognize the difference? Highly unlikely. In fact, it was an agent who asked one of my mentors, the late John Eubank, CPCU, ARM, to compare the two policies since he was considering moving a customer with an Asian market to the second policy above. An astute policy coverage wonk might catch this, but few agents likely would.

Tune in next month when we consider a homeowners freezing claim involving a hot tub where coverage was found when it almost certainly was not intended.

In addition, using two commercial lines illustrations, we’ll see how two claims were clearly excluded by policy language when logic and reason would dictate that they should be covered. Until then, stay warm and remember to RTFP!

Wilson, CPCU, ARM, AIM is the founder and CEO of InsuranceCommentary.com and the author of the book "When Words Collide: Resolving Insurance Coverage and Claims Disputes." His column, "Is It Covered?", is published in Insurance Journal Magazine. More from Bill Wilson