Stacking of insurance policies is a topic that has provoked numerous appeals. In construing any contract, including an insurance policy, certain rules of construction are considered. A court will examine the policy as a whole and try to construe it harmoniously as to all provisions and as to the express intent of the document. If the terms are not ambiguous, not against public policy, and do not contravene existing law, then generally speaking, the terms of the contract will be construed as written.

What happens when a term used in the contract is not defined? That does not in and of itself result in an ambiguity.

Generally, a court will apply a meaning that the average person buying a policy would understand the term to mean. A policy generally provides for coverage of certain risks or causes of loss, certain exclusions, and finally, may provide for exceptions to the exclusions. A court will carefully consider the facts presented, the policy provisions, and try to discern the intent as expressed in the policy. If a particular term is subject to more than one reasonable interpretation, then the court may determine that the policy is ambiguous, in which case it will most likely be construed in favor of coverage.

The following case is illustrative.

In Aguilar v. Geico Casualty Company, Richard Aguilar sustained serious injuries after a U-Haul truck driven by Patricia Hollandsworth ran into the motorcycle Aguilar was riding in Jackson County, Missouri. The claim was reported to Geico and the company disclaimed any liability.

Geico had previously issued an auto liability policy to Mr. and Mrs. Clymens for their vehicle and during the coverage period, Clymens signed paperwork to rent the U-Haul truck involved in the accident so Hollandsworth could move her belongings from the Clymens residence to a new home.

Aguilar sued Hollandsworth for personal injuries and later filed a motion for default judgment. Geico’s counsel then entered an appearance on Hollandsworth behalf about the time Geico offered to defend Hollandsworth subject to a reservation of rights, which Hollandsworth rejected. Hollandsworth and Aguilar then entered into a Section 537.065 agreement under which Hollandsworth assigned Aguilar all of her rights under the Geico policy. Geico filed a motion to intervene in the action as of right five days later under Section 537.065.2. Aguilar voluntarily dismissed his lawsuit eight days later, on the same day that Geico filed a declaratory judgment action in Federal Court, which dismissed the action without prejudice approximately a year later for abstention reasons in light of a State Court garnishment action filed by Aguilar against Hollandsworth and Geico that remains pending.

Aguilar and Hollandsworth entered into an agreement thereafter to submit the dispute to binding arbitration. The arbitrator conducted a hearing and awarded Aguilar $35 million in compensatory and punitive damages, after which Aguilar filed a motion in Circuit Court to confirm the arbitration award. Geico filed a Motion and an amended motion to intervene, and the Circuit Court denied the motion to intervene without comment. The Circuit Court also issued a judgment confirming the arbitration award with statutory interest. Geico filed an Appeal from the judgment. The matter went up on appeal to the Missouri Court of Appeals, Western District with Geico arguing the trial court erred in denying its motions to intervene because substantial evidence did not support the ruling and the court misapplied Section 537.065, which it alleged conferred an unconditional right on Geico to intervene in a lawsuit before entry of a judgment where the parties have entered into Section 537.065 Agreement. Geico also alleged the denial of intervention deprived Geico of due process and access to the courts.

The Appellate Court ruled that when a trial court denies a motion to intervene as of right, the Appellate Court will affirm unless there is no substantial evidence to support the ruling, it is against the weight of the evidence, or erroneously declares or applies the law. The court noted Geico focused on the first part of Section 537.065.2, which it claims gives it the right to intervene before a judgment may be entered. The Western District disagreed, holding that the meaning of the statute requires a tortfeasor and injured party to give notice to the insurance company of a Section 537.065 contract before a judgment may be entered but there is no requirement that the insurance company must be allowed to intervene before judgment can be entered. The Western District went through a detailed analysis of the chronology involved in this action and cited prior Missouri case law litigating the 2017 amendment of Section 537.065 but ultimately held that the trial court did not abuse its discretion or misapply the law in denying Geico’s motions’ to intervene as a matter of right or permissibly in the proceeding. The judgment of the trial court was affirmed.

Another View on Florida Ratings Flap; and Petrelli Calls Citizens Re Idea ‘Creative’ 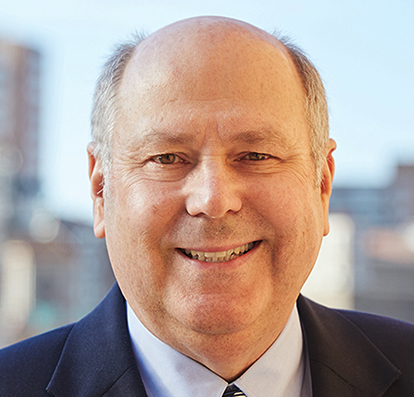