The private equity bandwagon continued to roll through the insurance agency and brokerage mergers and acquisitions territory in 2019. As many as two-thirds of all deals involved private equity, according to experts. Most of the busiest buyers are private equity backed.

While PE remains the major trend, there was also some nascent interest in acquisitions of digital and technology-oriented agencies or firms, along with investments in agency insurtechs, some of which could be the acquisitions of the future.

Ironically, the top Insurance Journal acquisition story of the year was about a deal that never happened. On March 5, 2019, a marriage between two of the largest insurance brokers seemed to be in the works. Giant Aon was considering proposing to rival insurance broker Willis Towers Watson in what would be the industry’s largest mergers ever.

A day later, Aon called off the courtship.

(The other major agency acquisition story had to do with the one that was announced in 2018 but closed in 2019: Marsh closing on its acquisition of JLT.)

While the huge Aon acquisition never happened, 2019 was at least as busy as 2018. Based on data from major advisories in the field including Optis Partners, Sica Fletcher and MarshBerry, as well as Insurance Journal’s own reporting, the total number of transactions appears to have been up slightly but not dramatically in 2019 over 2018.

MarshBerry projected after the third quarter that in 2019, the number of publicly announced insurance brokerage deals will exceed 600.

“As you look at the numbers and they appear to be slowing down a little bit, just our gut tells us it’s not slowing down because of anything going on in the marketplace or anybody pulling back. It’s just there’s only so many deals these top active buyers can do,” Daniel Menzer of Optis Partners told Insurance Journal.

But back to Aon. Aon returned later in the year in November to pull off one of the more interesting deals: scooping up digital insurance agency CoverWallet, a platform for small and medium-sized businesses that launched in 2015 and raised $40 million during its run.

CoverWallet has partnerships with Chubb, CNA, Progressive, Starr, AIG, Zurich, The Hanover, Hiscox, Liberty Mutual and AmTrust, among others. Its digital competitors include Insureon and CoverHound in the small business market.

The acquisition provides Aon with additional access to what it sees as a fast-growing, $200 billion-plus premium global digital insurance market for small and medium-sized businesses. It also provides Aon with the opportunity to leverage CoverWallet’s platform to develop and scale other digital client experiences.

The Aon move was one of several hints that the digital space may be of burgeoning interest to agency acquirers, not to mention investors. These deals don’t necessarily show up in the totals because the buyers have not been among the most active. But combined, they may signal a trend.

In June, Hub International, in one of its close to 60 acquisitions for the year, acquired In-Fi, a high-tech distribution platform for high volume insurance placements and renewals for the financial industry. Hub also hired insurance agent and In-Fi co-founder Jon Chasteen and acquired his book of business.

While not involving agencies, there were a few transactions that reflected interest in agency-centered technologies.

These deals are separate from the record-setting investments being made, sometimes by carriers, in insurtech or technology-based startup agencies.

Industry reports reveal several trends: a handful of familiar buyers continue to lead the pack; private equity is driving the market; and prices being paid are higher than ever.

While the digital space may be worth keeping an eye on going forward, the main action in the agency M&A space in 2019 remained, of course, with traditional agencies. (See sidebar of some of the year’s most noteworthy acquisitions.)

Industry reports reveal several trends: a handful of familiar buyers continue to lead the pack; private equity is driving the market; and prices being paid are higher than ever.

Optis also includes Patriot Growth, which burst onto the scene this year with 25 acquisitions, while Sica Fletcher includes its index members NFP, USI and Marsh McLennan.

While the methodologies and numbers in industry reports vary somewhat, the cast of characters has been similar for several years, although each year one or two new players like Patriot Growth in 2019 or Risk Strategies in 2018 shows up and sticks around.

The dominance of private equity is clear in that all of the most active buyers — except Gallagher, Brown & Brown and Marsh McLennan — are fueled by private equity. (See sidebar on the private equity behind the buyers.) 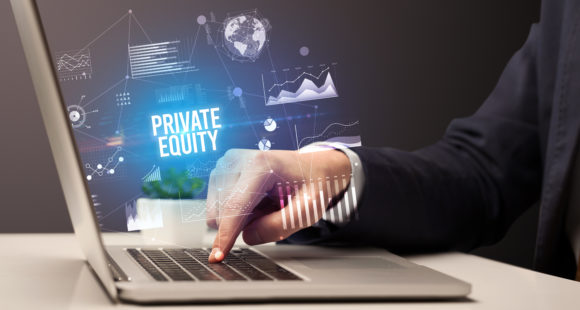 Sica Fletcher writes in its report that PE-backed firms were behind 83% of the transactions by the 12 firms in its active buyer index in 2019, compared to 79% in 2018.

According to Optis Partners’ Menzer, the prices agencies are getting are “higher than they’ve ever been” thanks to what private equity firms will pay.

“Every quarter, every year, we say the same thing. It can’t stay where it is. We don’t know when, but at some point, it’s got to give,” Menzer said.

But the Optis partner does not see that changing soon given how the private equity model works. “They know, or they believe, that every three to five years they can trade up their capital, if you will, and sell the firm for, call it 12 to 14 EBITDA. All right? So with that in the background, they don’t mind paying eight or nine or 10 times EBITDA because they’re always getting that two, three or four EBITDA arbitrage.”

Meanwhile, privately owned buyers without PE behind them aren’t able or willing to match those prices.

“I think it does create a different type or level of competition for the local agency,” Menzer said.

Agency consultant Catherine Oak, of Oak & Associates, writing in Insurance Journal, notes that what private equity buyers are doing for their investors makes sense “because the return on investment is typically 20% to 30% plus, which is greater than most other available investments today.”

According to Oak, private equity firms are paying typically eight to nine times EBITDA (earnings before interest and depreciation) as down payments, plus there are usually earn-out bonuses. “When the value is translated to a multiple of revenue this means 2.75 to 3.5 times revenue. Sometimes the down payments require at least 10% to 25% of the acquirer’s stock and can also be required on at least one of the large buyer’s earn-outs,” she wrote.

These are very different from the offers made to those not selling to private equity. Oak writes: “Sellers today still get prices from other peer independents in the 1.5 to 2.0 times range, if there is at least close to a 25% to 30% profit margin. As a multiple of EBITDA (earnings before interest and depreciation) these values are in the 6 to 7 range. In the earn-out portion of the ‘price’ the seller is expected to grow the business, not just maintain it.”

According to information from MarshBerry’s proprietary database as reported in its recent publication, “Counterpoint: Think 2025,” valuations are up approximately 15% since 2016. For the 12 months ending Sept. 30, 2019, the average platform sold for 10.08 times EBITDA, with a potential for up to 13.13 times EBITDA if an earn-out was included. As a multiple of revenue, the average sale for the same last 12 months was for 3.09 times, with another .92 times where there was an earnout.

Oak agrees with Menzer that prices are unlikely to come down soon. “The current prices paid by publicly traded brokers, large regionals and agencies funded by private equity firms are already extremely high and will likely continue to be high for the valuable, desirable firms. Since the supply is dwindling, the prices may be even higher for those that remain if they fit the profiles of the key buyers today,” she wrote.

Sica Fletcher founders Michael Fletcher and Al Sica recently blogged on why and how even smaller agencies under $5 million might participate in private equity.

With acquisitions continuing to be concentrated among a small universe of buyers, the consolidation means local independent agencies now have to compete with the larger agencies created.

“In many ways it’s all about size and scale. There’s just no way that that local independent agency, even if they’re 20, 30, 40 people, that they can offer the same depth and breadth of service that the larger firms can,” Menzer said.

Other agencies are not the only ones concerned about the size of the firms being created through M&As.

Agency consultant Chris Burand, in an April excerpt for Insurance Journal from his 2019 State of the P&C Insurance Industry Report, claims that property/casualty carriers are also worried about the behemoth brokers being built.

“Not all are scared, of course. Some are big enough, some are smart enough, and others are ignorant enough to not be scared about the future of insurance distribution. The ones that are scared are scared because of scale,” Burand wrote. Carriers are scared because some of the brokers are now bigger than they are.

“The 10th largest carrier on an NWP basis as of year-end 2017 is AIG with $14.2 billion. Marsh is larger now than 890 of 900 carriers. Of course, a large part of their revenue comes from outside the U.S. and I’m only citing U.S. carriers so this is not an apples-to-apples comparison, but the context provides an understanding of why carriers are so nervous.”

Carriers are reacting, according to Burand, by creating partnerships of their own and investing billions of dollars in insurtech independent insurance agencies.

“So their idea I think, I can’t speak for all of them, is to invest and partially own these new independent insurance agencies. It’s their counterweight to the consolidation that’s occurring. And if the consolidators, aggregators are too big, then they can maybe place more emphasis back on these insurtech insurance agencies they own,” he adds.

In related news, insurtech investments reached a high in 2019 and do not appear to be slowing. According to a briefing from Willis Towers Watson, total new global funding commitments to insurtech hit $6.37 billion for the year, with approximately $2 billion coming in for 75 projects during the 2019 fourth quarter alone. Distribution and MGA-focused insurtechs accounted for 57%.

‘Every quarter, every year, we say the same thing. It can’t stay where it is. We don’t know when, but at some point, it’s got to give.’

Insurtech Next Insurance pulled in a $250 million financing round from a single investor: Munich Re. Next has raised $381 million in three years since its launch, and the firm claims to have a valuation that surpasses $1 billion. In September, the MGA-turned-carrier launched Next for Agents, a portal to help independent agents quickly quote and sell its policies.

These investments come with risks, of course. Last year also capped a three-year period in which a number of startups have called it quits, noted Andrew Johnston, global head of InsurTech at Willis Re.

“While insurtech news is awash with the huge valuations and postulations of the art of the possible, there is also a very real story that is not so positive — individual insurtech cessations,” Johnston said in prepared remarks. “The number is very difficult to calculate, but our data indicates that during the past three years, approximately 184 funded insurtechs might have closed their doors.”