Rulings in two lawsuits originating in Texas over business income losses related to the COVID-19 pandemic were handed down in August in favor of insurance firms.

In one, an insurance agency was added to a restaurant group’s lawsuit against its insurance company in an attempt to wring coverage from the agency in case its initial claim against the insurer failed. The second case was brought by a group of barbershops claiming coverage under their commercial property insurance policies after civil authority imposed shutdowns forced the closure of their businesses.

A federal judge in Texas dismissed an independent insurance agency from a lawsuit brought by a Dallas restaurant group seeking reimbursement for business income losses stemming from the civil authority enforced shuttering of businesses in an attempt to stop the spread of Covid-19.

Vandelay Hospitality Group LP had named Dallas-based Swingle Collins & Associates and agent Brandon Cass as additional defendants in a suit against Cincinnati Insurance Co. over the insurer’s denial of the restaurant group’s claim for reimbursement for losses sustained as a result of forced business closures by both Dallas-area and state authorities.

Vandelay filed its lawsuit against Cincinnati and Cass on April 23; it added Swingle Collins to the suit on May 21.

Vandelay had claimed more than $1 million in damages among its three Dallas-area restaurants due to the government mandated closures and filed for recovery under its commercial insurance policy from Cincinnati Insurance. Cincinnati Insurance denied the claim.

The restaurant group asserted in its lawsuit that Swingle Collins and Cass had misrepresented that the group’s commercial property “all risk” policy would cover the losses brought on by the pandemic.

In Swingle Collins’ plea for dismissal from Vandelay’s suit against Cincinnati filed on June 12, the agency asserted that Vandelay has “not shown, and cannot demonstrate, a distinct, concrete injury caused by Swingle Collins apart from the damages it claims it suffered as a result of Cincinnati’s purported breach of contract.”

U.S. District Judge Sidney Allen Fitzwater agreed, finding that Vandelay had failed to prove that Swingle Collins or Cass had misrepresented the terms of the Cincinnati Insurance policy.

Fitzwater also denied Vandelay’s attempt to remove the lawsuit from federal to state court. The judge found that Vandelay had failed “to state a claim on which relief can be granted” in state court.

In its pitch to have the case remanded to state court, Vandelay had asserted a claim of negligent misrepresentation against Swingle Collins and sought the amount in damages the restaurant group had claimed under its commercial property insurance policy.

In dismissing the case against Swingle Collins, Fitzwater said Vandelay had to pay the agency’s court costs.

Vandelay’s case against Cincinnati Insurance Co. is still alive. “Cincinnati’s June 2, 2020 motion to dismiss is still pending and will be decided in due course,” Fitzwater wrote.

Hundreds of lawsuits have been filed against insurers seeking reimbursement for Covid-19 closure business losses under commercial property insurance policies.

Vandelay’s addition of Swingle Collins and Cass as defendants in an action against an insurer seems to be one of the first attempts to add agents to such lawsuits but more are expected, according to Jim Redeker, vice president and claims manager at Swiss Re Corporate Solutions.

In a presentation on agency errors and omissions best practices and the Covid-19 pandemic during the Virtual Insurcon held by the Independent Insurance Agents of Texas in June, Redeker said claims or potential claims against agents were trickling in.

“We’ve only had two lawsuits … most of these are reported as potentials … agents have reported those out of abundance of caution,” he said.

The cases were mostly centered in East Coast and Ohio Valley jurisdictions. “We think they are going to be much more widespread than this,” Redeker said.

However, “we are expecting many claims to be made against agents and brokers,” said Susan Taylor Wall with Gordon & Rees, who serves as national coordinating counsel for Swiss Re in Covid-19 related E&O lawsuits.

Speaking as part of the IIAT Insurcon panel on E&O, Wall warned that “plaintiffs lawyers are very creative. And claims against agents and brokers may include novel allegations that we’ve rarely seen or may have never seen in the past.” 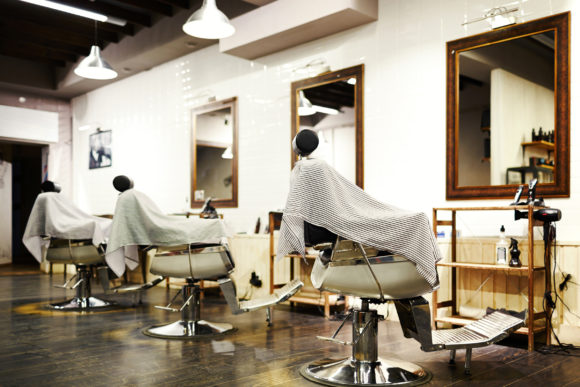 A federal judge agreed with an insurer that a group of barbershops in the San Antonio, Texas-area have no basis for claims seeking coverage under their commercial insurance policies for business interruption losses stemming from the COVID-19 pandemic.

The judge ruled that the plaintiffs suffered no physical damage as required under their policies.

In siding with the insurer, Ezra wrote that while there is no doubt that the businesses suffered losses because of the mandated closures, “State Farm cannot be held liable to pay business interruption insurance on these claims as there was no direct physical loss, and even if there were direct physical loss, the Virus Exclusion applies to bar Plaintiffs’ claims.”

The plaintiffs sued State Farm after the insurer refused to cover claims they filed in March. In denying the claims, State Farm argued that the claims are not covered because the policy specifically excludes loss caused by enforcement of ordinance or law, virus, and consequential losses.

Like other insurers that have faced similar business interruption claims, State Farm held that the plaintiffs had not sustained the physical damage from a covered cause of loss that would have triggered coverage for business interruption losses. In addition, the insurer said the virus exclusions contained in the policies also barred coverage from any losses caused by the pandemic.

In separate actions earlier this year, both the state and Bexar County, where the barbershops are located, had implemented closures of “non-essential” businesses for certain periods of time due to the pandemic.

The plaintiffs had maintained that the government-enforced closures were enough to trigger losses. They argued that the virus exclusion in their policies should not apply because the closure orders designed to protect public health and welfare were the cause of the direct physical loss to their properties, not the presence of COVID-19.

The barbershops accused the insurer of “breach of contract, noncompliance with the Texas Insurance Code, and breach of the duty of good faith and fair dealing.”

In his written opinion, however, Judge Ezra stated that the plaintiffs’ assertions of breach of contract and duty of good faith, and noncompliance with the insurance code “all fail.”

He recognized that though the coronavirus may not have been present in the plaintiffs’ properties, “it was the presence of COVID-19 in Bexar County” that primarily caused the government ordered business closures.

Ultimately, however, “there was no direct physical loss, and even if there were direct physical loss, the Virus Exclusion applies to bar Plaintiffs’ claims. Given the plain language of the insurance contract between the parties, the Court cannot deviate from this finding without in effect re-writing the Policies in question. That this Court may not do,” Ezra wrote.