An industry executive warned recently that a set of proposed changes in New York could leave workers’ comp insurers under-reserved.

Julia Stenberg, an assistant vice president and actuary at CNA insurance companies, spoke about New York’s proposal to end an unusual element in the state’s comp law, the reopened case fund. Stenberg said that the structure could create a reserve deficiency among New York comp writers.

Stenberg said the issue emerged as part of a package of reforms proposed earlier this year as part of the state budget. The best-known part of the proposal would create bonds to pay off losses from failed self-insured comp plans. But she indicated that attention should also be focused on the end of the reopened case fund.

In New York, cases that reopen three years after an insurer made what it thought was final payment (and seven years after the original accident) can be turned over to a reopened case fund run by the New York Compensation Insurance Rating Board (NYCIRB). Employers pay an assessment that covers these claims.

Under the proposal, the fund, created in 1933, would close on Jan. 1, 2014. Insurers would remain responsible for any reopened claims. 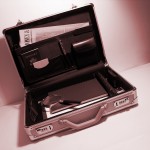 The closing creates an actuarial issue, Stenberg said. Because these reopened claims were handled by NYCIRB, the losses aren’t included in an insurer’s claims experience.

To handle pricing, data collected by the NYCIRB will be available to rating bureaus, so rates can be properly adjusted. However, insurers won’t have that information, so their loss estimates will likely be understated. Stenberg estimated the deficiency to be between $1 billion and $2 billion.

Separately, experts speaking at the conference said a reworking of a key piece of the workers’ compensation rating formula could have repercussions for insureds.

The rating formula adjustment won’t change rates overall, but it will change premiums for most insureds, said Tony DiDonato, director and senior actuary at the National Council on Compensation Insurance, the Boca Raton, Fla.-based organization that estimates loss costs, the main block on which compensation rates are built.

The change, which took effect Jan. 1, 2013, results in a slight decrease for most insureds, DiDonato said. But balancing out those many decreases will be some significant increases, often among the largest insureds, he said.

The change involves the experience mod, the credit (or debit) that insureds receive for their own claims experience. The mod compares an insured’s claim experience to that of comparable employers. If experience is good, the insured gets a credit – a discount. If not, the insured receives a debit.

But inflation has both eroded the primary/excess split point and hurt its predictive power. These days, the mod doesn’t give enough credit to good experience and doesn’t penalize poor experience enough.

“The plan was not being as predictive as it used to be” in distinguishing between good and bad risks, DiDonato said.

In 26 of the 38 states where the plan has been approved, NCCI actuaries sampled 75,007 risks, calculating the experience mod under each system.

The result: The vast majority – 62 percent – would see their rates fall less than 5 percent. Another 11 percent realized decreases between 5 percent and 10 percent. Rates were unchanged for 4.5 percent of risks. Less than one in four would see a rate increase.