The Department of Financial Services, which sent a similar letter to 20 other non-U.S. companies a month ago, noted that tougher U.S. economic sanctions took effect July 1. The new law bans financial firms doing business in the U.S. from providing services to companies that trade with Iran.

“Recently, the department learned that several companies have insured trades made with Iran,” department general counsel Daniel Alter wrote. “While these particular transactions may not have violated the sanctions regimes in place in the relevant countries at the time, engaging in a similar transaction now could be found to violate” the new U.S. law.

In January, President Barack Obama signed the law aimed at Iran’s energy, shipping and ship-building sectors and financial services that support them.

Matt Anderson, spokesman for department Superintendent Benjamin Lawsky, declined to comment on the trades cited or any responses to the first 20 letters that were sent in June. 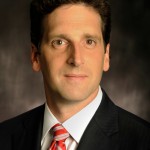