It has long been understood that under New York law, an insurance company may recoup defense costs paid on behalf of an insured once it has been ultimately determined that there was no coverage in connection with the underlying action, provided that the insurer reserved its rights to seek such reimbursement.

Multiple New York courts at both the trial and Appellate Division levels (New York’s intermediate appellate court), have adopted such a rule. However, a recent decision by the Appellate Division, Second Department in American W. Home Ins. Co. v. Gjonaj Realty & Mgt. Co., declined to follow these prior decisions, holding that the insurer could not recoup defense costs paid under a duty to defend policy after it was determined that the insurer did not owe coverage, despite the insurer’s express reservation of rights with respect to recoupment.

This ruling is clearly significant for those insurers that issue duty to defend policies in New York. Moreover, this new ruling creates a distinction between New York’s First and Second Appellate Departments with respect to an insurer’s right to recoupment of defense costs.

Thus, when an insurer disputes that its duty to defend has been triggered and the matter is litigated, courts in New York have routinely declared that an insurer must continue to defend an insured against an underlying lawsuit until the question of indemnification for the insured is settled.

This raises the question: where an insurer affords a defense to its insured, may the insurer seek recoupment of the defense costs if it is ultimately determined that the insurer did not owe coverage?

As noted above, prior to American W. Home, a number of New York courts had held that an insurer could recoup defense costs where it was ultimately determined that the insurer did not owe coverage under the policy based upon a breach of a condition in the policy or an exclusion from coverage.

For example, in American Home Assur. Co. v. The Port Authority of New York and New Jersey, the insurer, American Home, defended its insureds under a commercial general liability policy in connection with thousands of asbestos-related personal injury claims arising out of exposure to asbestos during the construction of the original World Trade Center.

After defending and settling the numerous claims for more than 25 years, American Home filed a coverage lawsuit contending that it had no obligation to defend its insureds in connection with the underlying claims.

The New York Supreme Court, New York County, upheld American Home’s right to seek recoupment of defense costs, stating that under New York law, where an insurer reserves its right to recoup, it is entitled to recoup defense costs that were not covered.

Prior decisions from the Appellate Division, First Department, have similarly held that an insurer can pursue recoupment of defense costs after a finding that coverage was not owed, based upon a reservation of right to recoup.

In addition, federal courts applying New York law have also adopted this same rule allowing insurers to recoup defense costs where it is determined that there was no coverage. For example, in Max Specialty Ins. Co. v. WSG Investors, LLC, the U.S. District Court, Eastern District of New York, issued a judgment declaring that the insurer, Max Specialty, was entitled to recoupment of all fees paid in connection with the defensed of its insured, WSG, in an underlying state court action.

In 2011, Viktor Gecaj commenced a personal injury action against the insureds, Gjonaj Realty & Management Co. and 28-47 Webb Avenue Associates, LLC in the Supreme Court, Bronx County, for damages sustained as a result of an accident that occurred in May 2010 when Gecaj fell from a ladder at the insureds’ premises.

American W. Home Ins. Co. (American Home) issued a commercial general liability insurance policy which provided for a duty to defend the insureds. However, it was undisputed that the insureds failed to provide notice of the underlying action to American Home until October 2014, after a default judgment and money damages had been entered against the insureds.

Subsequently, the insureds succeeded in having the default judgment vacated by the Supreme Court, and American Home advised the insureds that it would defend them in the underlying action subject to a reservation of rights to deny coverage to the extent that American Home was prejudiced due to the initial late notice.

On April 25, 2017, the Appellate Division, First Department reversed the lower court’s order that vacated the default judgment and reinstated the judgment against the insureds.

American Home thereafter advised the insureds that it was denying coverage and commenced an insurance coverage action in Supreme Court, Westchester County, seeking a declaration that, among other things, it was entitled to recover the defense costs incurred in connection with its defense of the insureds in the underlying action.

The Supreme Court granted American Home’s motion for summary judgment, declaring that there was no coverage for the underlying action and holding that American Home was entitled to recoupment of defense costs.

On appeal, the Appellate Division, Second Department, in a decision that it characterized as involving a “novel issue of law that this Court has not yet addressed,” affirmed the lower court’s judgment that American Home did not owe a duty to defend or indemnify, but reversed that portion of the judgment awarding American Home recoupment of defense costs.

The Second Department’s decision is particularly noteworthy as the court expressly declined to adopt the holding of “certain federal courts interpreting New York law and our sister appellate courts in New York.”

The Second Department further distinguished the prior Appellate Division and federal court holdings which permitted recoupment on the ground that none of the prior decisions addressed the issue of “whether recouping defense costs is appropriate or authorized” and that the insurance policy at issue did not expressly provide American Home with a right to recoup defense costs.

What This Means for Insurers

The Second Department’s decision in American W. Home clearly calls into question whether an insurance company has the right to seek recoupment of defense costs based upon a reservation of rights, creating a distinction amongst the First and Second Departments and making the issue ripe for review by the New York Court of Appeals.

Notwithstanding the foregoing, it is important to note that American W. Home’s holding is likely to be limited solely to insurance policies that contain duty to defend clauses, such as a CGL policy, as the Second Department’s rationale was expressly based on the concept that the duty to defend is broader than the duty to indemnify and may require insurance companies to defend claims that may ultimately be determined not to be covered.

The rationale would not impact policies that are not duty to defend or expressly provide that an insurer has a right to recoupment of defense costs, as may be found in a non-CGL policy, such as a D&O policy.

In considering whether to afford a defense to an insured under a policy, Insurers must carefully review the relevant policy language and be aware of the potential limitations on the right to recoupment under New York law.

Insurers that wish to preserve the right to recoup defense costs paid under a duty to defend policy may consider adding an endorsement to the subject policy that explicitly provides for the right of such recoupment.

In any event, one thing remains clear – to even have a chance of recoupment in any New York court, the insurer must have, at the very least, previously, timely and explicitly reserved its rights to do so. 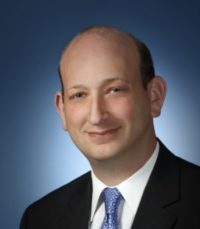 Eric B. Stern is a partner and co-chair of the Data Privacy & Cybersecurity Practice at Kaufman Dolowich & Voluck LLP who concentrates his practice in all aspects of insurance coverage litigation. 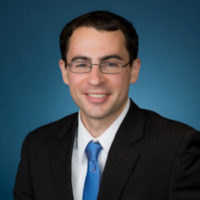 Andrew A. Lipkowitz is an associate at Kaufman Dolowich & Voluck who primarily focuses his practice in insurance coverage litigation and monitoring.