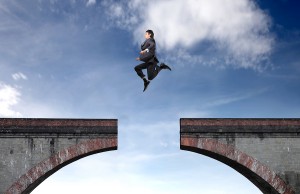 Losing customers and struggling to find talented workers are the top two risks facing business leaders across the world, according to a new report published by Lloyd’s.

The report, based on a global survey of 500 business leaders, was carried out by the Economist Intelligence Unit. It is set out in Lloyd’s Risk Index 2011, which found that “fears about falls in orders and – despite high levels of unemployment – a shortage of skilled workers” are the greatest concerns for businesses.

These top two concerns were followed by concerns about reputational risk; currency fluctuation; changing legislation; cost and availability of credit; price of material inputs; inflation; corporate liability, and excessively strict regulation, which rounded out the top 10. Rapid technological changes and cyber attacks were 11th and 12th.

At the bottom of the list were windstorms – hurricanes, typhoons and cyclones; drought; threats to biodiversity; impact of space weather (e.g. solar flares), and volcanic eruptions (ash clouds].

In a forward to the report, Lloyd’s chief executive Dr. Richard Ward stated: “In 2009 much of the world held its breath as we watched banks fail, high street businesses collapse and the damaging impact of the credit crunch on the ‘real economy’. It was in that highly charged context that Lloyd’s, in collaboration with the Economist Intelligence Unit (EIU), published its first global survey on risk attitudes amongst business leaders.”

Ward then pointed out that two years later, “global economies remain in a state of flux, with growing debate on how long it will take to play out, as we see with the current political and sovereign debt crisis.

The survey of global business leaders shows that in all regions of the world, across all sectors, business leaders now perceive the world as an inherently riskier place. “Now they are facing an even greater business fundamental, with many wondering just what’s happened to their customers, and where can they find the skilled staff they so desperately need,” says the report.

There is some good news in the index as well: more than 70 percent of survey respondents report that their company is better prepared to manage business and operational risks than they were two years ago, and fewer than 3 percent say they are less prepared.

This is a different result from the 2009 survey, which found preparedness gaps (defined as risks where the preparedness score was not as high as the priority score), in eight out of 41 individual risks, compared with only two out of 50 in 2011.

“[F]or many companies, there will be a difference between actually being prepared and simply believing that they are prepared,” according to the report. However, given the financial and natural disasters of the past three years, and the rise in practical risk management measures internally, “perhaps executives themselves have re-calibrated, for the better, what it means to be prepared.”

One aspect of that recognition is the finding that despite a series of natural catastrophes across the world in the last two years, business leaders placed “natural hazard” risks (ranging from flooding to earthquakes) in the bottom 10 of 50 risks. “This is despite the $205 billion gap that exists between the insured risk and the economic cost of such catastrophes in the first half of 2011 alone,” says the report.

Ward said that while it “reassuring” to see growing awareness and understanding of unpredictable risks facing global businesses, leaders must also plan for those “rare and hard to predict events that form part of this complex, modern risk landscape.”