Lloyd’s of London Chairman John Nelson criticized the business community, saying companies are too focused on profit and are at risk of eroding the trust of the public and regulators.

Nelson, speaking at Lloyd’s annual dinner in London, said a lack of trust in business had been “fed by a steady diet of negative business behaviors” since the financial crisis in 2008.

“Just in these last weeks we have seen business — and big business — demonstrating serious corporate irresponsibility,” he said at the dinner attended by Bank of England Governor Mark Carney [who also spoke]. “For too long now, many businesses have been focusing exclusively on their own profit and return on capital.” 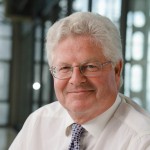 Nelson, who has been chairman of the world’s oldest insurance market since 2011, spoke as Volkswagen AG battles to regain the trust of customers and investors after admitting that it cheated on U.S. emissions test. The scandal cost Chief Executive Officer Martin Winterkorn his job and erased more than $30 billion in market value.

“It seems to me that businesses around the world are not taking the warning signs seriously enough,” said Nelson. “Mark my words — as an institution that has thrived for 327 years by being the first to identify new significant risks, we are now seeing a trust deficit that has serious implications.”

“We can only make the case for open markets in trade and investment if business shows greater transparency, greater social responsibility and greater accountability when things go wrong,” he said. “The idea that more and more regulation will solve the problem is fanciful.”