With the immense financial and operational challenges brought on by the spread of the COVID-19 pandemic, many insurers have had to dramatically cut back on insurtech funding. Insurtech solutions were starting to help insurers improve their commercial customers’ buying and claims experience. We all await the day when the impact of the virus has been minimized and the insurtech movement swiftly picks up pace again. After all, there is no doubt that insurtech is here to stay.

Even before the coronavirus, however, obstacles existed that slowed the uptake of insurtech solutions that targeted the reduction of customers’ losses. In fact, this problem can be addressed with traditional industry solutions – captive insurance companies – which can act as insurtech accelerators.

“As the globe faces new economic challenges, now is the time to gather together insurtech providers, insurers and corporate insureds to discuss how captives can be used to incentivize the quicker adoption of these cost-reducing technologies.”

But why do delays in implementation occur? Insurers rightfully want to leverage insurtech solutions to quickly find the insureds with the lowest risks of loss and charge them premiums that generate the most profit. At the same time, customers want to adopt these technologies to reduce costs, and they rightfully expect corresponding premium reductions.

But insurers naturally are reluctant to offer these premium credits in full, because of the uncertainty of the new technology and their desire to retain more premium. Of course, insurtech providers have confidence in the efficacy of their products. These competing dynamics are working to slow down the adoption of insurtech solutions that can ultimately make a customer’s business more efficient and profitable.

For instance, the insurtech might think that a smart sensor technology such as a water shutoff system will reduce the cost of commercial property water damage claims by 50% or more. As the technology has never before been implemented, the insurer decides to offer a 10% premium credit to the insureds that want to invest in having it deployed at their locations.

If the technology is truly as effective as advertised by the insurtech firm, the insurer will ultimately gain the benefit of the additional 40 or more percentage points of reduced losses. That seems neither fair nor the best means to get the technology out to market faster. And while there may be some movement by the insurer to increase the premium credit next year to, say 15%, in light of these superior results, it will be a long time before the credit reaches 50%, if ever.

So how do we resolve the dilemma and accelerate this customer benefit while still providing the insurer with a reasonable profit and allowing the insurtech provider to sell more of its product? The answer is to create a captive to act as an insurtech accelerator. Captives are financially flexible, regulated insurance vehicles that also provide a robust governance structure.

Here’s how a captive can be leveraged for insurtech formation.

This downside risk would be set such that risk transfer requirements are met, but the captive will not take so much risk as to expose the insured to an uncomfortably high level of losses.

Again, the reason for forming the captive is to absorb the risk that losses do not meet the loss reduction level as priced by the insurer. The captive is now taking the place of the insurer, to stand behind the efficacy of the product.

The captive could take the form of a pure captive (owned by the insured) if it is willing enough to take on the execution risk of this product. Alternatively, if the insurtech startup is formed as a managing general agency (MGA), it could create a captive, likely with the support of the insured and other investors to take on this risk. If the insurtech is already structured as an insurer, then setting up a captive can be even easier. In these latter two scenarios, other insurers could provide capacity as quota share reinsurers.

Of course, absorbing this start-up risk is possible through other means – writing a retrospectively rated policy with an insured, or having a sliding scale commission arrangement with an MGA. But one common challenge for any of these structures is to ensure that losses are tracked in sufficient detail and predictable enough so that the impact of the technology on costs is easily determined.

Here, the captive solution can be superior for the following reasons:

The insurer may be “losing” some of its premium via cession to the captive on an individual deal but, to the extent the technology is proven to be successful, these deals will become much more common under this framework and lead to much higher revenue opportunities than without it. The insurer can also recoup revenue via services fees, and can protect its own downside risk by using the captive, despite some additional captive operating costs.

The insurance ecosystem is stronger via collaboration. Leveraging captives to enhance the existing relationships between traditional insurers and the insurtech community, and accelerating the deployment of new tools, creates a “three-legged stool” ecosystem that enables advancement while providing risk protection.

As the globe faces new economic challenges, now is the time to gather together insurtech providers, insurers and corporate insureds to discuss how captives can be used to incentivize the quicker adoption of these cost-reducing technologies. 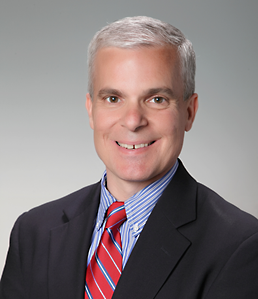 Stephen R. DiCenso is a principal with the Boston office of Milliman, joining the firm in 2008. He is a Fellow the Casualty Actuarial Society and a Member of the American Academy of Actuaries. With Milliman, he has focused on serving captives, insurers, public entity risk pools, runoff carriers, large self-insured corporations, and state regulators. His insurance company experience includes chief actuary positions at an alternative markets insurer and a third-party administrator owned by a major insurer. He recently completed a term of three years as president of the Connecticut Captive Insurance Association. He currently serves on the AIRROC Actuarial Committee and the Workers' Compensation Committee of the American Academy of Actuaries.