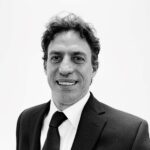 Prior to joining New Dawn, Sicard was vice-president, financial lines at Guy Carpenter. He previously held a similar role at Willis Towers Watson in London. Earlier in his career, he worked in Colombia as a reinsurance analyst for Allianz and a risk consultant at RE Ingenieria. He has an MBA from the University of Cardiff.

Stratton has more than 30 years of speciality expertise, joining Corant from RFIB, where he held the role of managing director, leading all specialty non-marine classes since 2019. Stratton’s experience spans across numerous senior roles, including CEO of Park London, executive director and head of London accident, health and life at Aon, and executive director and global head of A&H at Willis Re.

Before joining BMS, Saul was a business development director and senior relationship manager at Conning for over five years, focusing on insurance asset management and leading a number of major insurance investment portfolios. Prior to that, he served as a new business development professional at New England Asset Management. Saul was a vice president at Aon Benfield between 2000 and 2011, where he specialized in property reinsurance solutions.

“With Ryan’s experience in both property reinsurance and insurance asset management, he will be instrumental in consolidating BMS’s market presence and supporting the development of our reinsurance products. We are very glad to have Ryan on board,” said Pete Chandler, CEO & president of BMS Re.

Barness is a specialist in marine hull & machinery, war and protection and indemnity (P&I) risks. He has worked in the London marine insurance market for nearly 40 years and has worked for multiple Lloyd’s brokers, most recently as director at Meridian Risk Solutions.

In a separate announcement, Miller said it hired two professional indemnity specialists Paddy Synnott and Joe Newbury as part of its continued expansion into the UK professions market.

Synnott began his insurance career as a professional indemnity (PI) underwriter in 2014 with Travelers, before switching to broking in 2016, when he worked as an account handler for Miller until February 2019, according to his LinkedIn profile. He moved to Lockton in February 2019 where he stayed until January 2021, the profile said. Working primarily in UK PI during his time in insurance, Synnott also had experience with global accounts in the legal, construction and insurance professionals sectors.

Newbury’s insurance career began in 2015, and his career has seen him work extensively with construction PI clients in London and the South East of England. Previously, he held various roles with Brunel Professions Ltd.