Khera is currently head of Marine, Asia-Pacific, at AXA XL, based in Singapore. In his new roles, he will be responsible for driving strategic, profitable expansion across the UK & Lloyd’s region and the division’s Global Hull books of business. Khera will relocate to London to take up his new roles. He will step down from his role as head of Marine, Asia-Pacific, in July, to ensure the smooth handover and transition of his current responsibilities.

Khera has been with AXA for more than eight years, joining as a regional manager, Asia – Marine & Transport Risk Consulting at AXA Corporate Solutions in 2013, before later being appointed head of Marine in 2015. Following the completion of AXA’s acquisition of XL Catlin in 2019, Khera was appointed head of Marine, Asia-Pacific.

Over the span of his 25-year career in the marine industry, Khera also worked for five years at Emirates Shipping Line in several senior management roles. He had previously been master mariner/captain at Titan Ocean Pte Ltd./Petro Titan and Chem Oil Corp./Link Marine Pte Ltd. Prior to that, he held chief, second and third officer roles for BW Shipping. In addition to his professional qualifications and experience, Khera also holds an MBA degree from the University of Chicago, Booth School of Business.

Apollo Syndicate Management, the London-based specialist insurer and reinsurer, announced that James Slaughter has been appointed as group chief underwriting officer, subject to regulatory approvals. He joined the business on April 6 and reports to David Ibeson, group chief executive officer of Apollo. Slaughter succeeds Nick Burkinshaw, Apollo’s current CUO, who has decided to retire after a long and distinguished career.

Slaughter joins Apollo with more than 23 years’ experience in the insurance industry and was most recently the chief underwriting officer of Liberty Mutual’s Global Risks Solutions business unit, overseeing more than $17 billion in gross written premium. Prior to that, he held various senior positions across Liberty Mutual and Liberty Syndicate Management. He is a Fellow of the CII and holds an MBA from Imperial College, London. 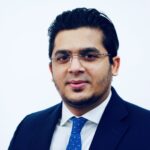 Also joining the team as assistant vice president, Strategic Distribution and Development for International Insurance, is Rachael Dobie, who previously was with Liberty Specialty Markets.

Mohiuddin (Moon) Hossen has been promoted to projects and strategy analyst, Strategic Distribution and Development for International Insurance, from within SI.