Two inspectors are responsible for making sure thousands of asbestos-removal projects are being properly handled in Iowa each year.

The Des Moines Register reported that the lack of inspections at asbestos removal projects was highlighted by problems at a downtown Des Moines renovation project.

A contractor who worked on the project, at a former Younkers department store, complained to the state in January about improper asbestos removal. An inspector visited the site and didn’t find anything wrong, but later returned and found that asbestos had been improperly removed in one area. Now the project will face more scrutiny.

The Environmental Information Association said enforcement of asbestos laws is a concern nationwide because there are so few inspectors and budgets are limited. 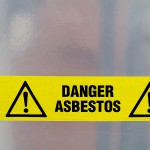 “It’s safe to say that enforcement of asbestos regulations nationwide is abysmal,” said Brent Kynoch of EIA, which focuses on health hazards in buildings, specifically asbestos.

Iowa has one inspector who focuses on the Environmental Protection Agency’s asbestos-removal regulations and oversees as many as 4,500 projects each year. The second inspector enforces asbestos rules established by the Occupational Safety and Health Administration.

Asbestos was widely used in construction from the late 1800s into the 1970s before it was phased out because exposure to it increases the risk of lung diseases.

Iowa’s EPA asbestos inspector, Tom Wuehr, said he focuses on complaints, but it can be hard to address them promptly if they involve projects in different areas of the state.

The lack of inspectors makes it easier for unscrupulous companies to avoid oversight in Iowa, said Lynn Pickard, statewide director of training of the Iowa Laborers Education and Training Fund.

Pickard, who teaches union members how to properly remove hazardous materials, said he would like to see the number of OSHA asbestos inspectors in Iowa increase to five or 10. He said Minnesota has 15 inspectors trained to help with asbestos investigations.

“OSHA is doing the best they can with what they’ve got, but if you get 10 complaints in a day, which one do you go to?” Pickard said. “This hurts the industry and the end result is that people are getting exposed.”

“There are a lot of contractors who are fly-by-night and they are the ones that do the terrible job of asbestos removal and don’t abide by the regulations,” Gerhard said.

“I have concern about regulatory violations throughout the United States,” Reinstein said. “I am routinely called by residents and workers with possible structural asbestos abatement issues.”