A $10.1 billion verdict against Philip Morris USA over misleading consumers about the safety of “light” cigarettes should be overturned, lawyers for the company argued in the Illinois Supreme Court.

The award was first made in 2003 for a class of 1.4 million Illinois smokers, but it was struck down by the Illinois Supreme Court in 2005. A lower Illinois court revived the verdict last year.

“When this court entered its judgment … it was correct, and that judgment is correct today,” Thompson said.

On behalf of the class of smokers, attorney David Frederick said consumers deserved to be compensated for what he called “the most massive fraud in American history.” 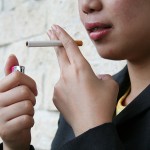 Richmond, Virginia-based Altria controls roughly half the U.S. cigarette market, and its Philip Morris division sells Marlboro and Parliament cigarettes, among others.

The class action, which was initially brought in 2000, was the first to go to trial over the use of the word “light” to promote cigarettes. Instead of seeking damages for health problems, the Illinois plaintiffs sought to recover money they said they had spent on cigarettes because of deceptive marketing.

In 2008, after the U.S. Federal Trade Commission withdrew its 1966 endorsement of the tests cigarette makers formerly used to label cigarettes “light,” the plaintiffs moved to revive the case. U.S. regulators have since June 2010 banned companies from using “light,” “low” and “mild” in tobacco labeling.

Lisa Blatt, another attorney for Philip Morris, said during Tuesday’s argument that the FTC’s change of position in 2008 was not new evidence that justified reopening the case, as the plaintiffs claimed.

She also attacked the substance of the smokers’ case, arguing that they never paid “one penny extra” for the purported health benefits of light cigarettes.

Frederick said the FTC’s intent was a factual question. He also said the plaintiffs’ losses had been established by expert testimony at trial.

Chief Justice Rita Garman asked Frederick how a lower court could set aside the Supreme Court’s 2005 judgment, and why he had gone to the lower court first. Frederick said he believed he was following Illinois statute.

The judges asked no questions of Philip Morris’ lawyers.