Against economic and soft markets odds, independent insurance agents have been starting up new property/casualty agencies from Florida to California and states in-between since 2007.

For years, the number of agencies in the country had been declining but that trend, while not reversed, has been halted. The number in 2008 was 37,500, which is the same as in 2006.

The numbers are from the 2008 Future One Agency Universe Study sponsored by the Independent Insurance Agents and Brokers of America, Trusted Choice and several carriers. 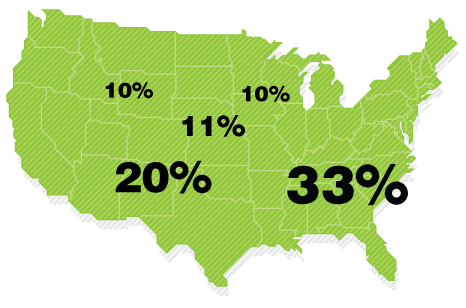 The study attributes the stabilization to two key trends: fewer mergers among larger agencies and a new phenomenon of more start-up agencies.

According to IIABA, about 11 percent of the agencies involved in the study are start-ups founded after 2004, and about four percent opened their doors as recently as 2007 and 2008.

Many of the new agencies appear to be in states where coastal concerns have prompted long-established insurers to reduce writings, creating opportunities for other carriers to wade in and appoint agencies. Also, some agents acquired years ago may be re-entering the fray as their non-competes expire.

Not surprisingly, most new ventures are small; few if any have the resources of, for instance, a giant like Marsh, which is behind one of the new agencies. But the new agency entrepreneurs are not small in ambition. Insurance Journal interviews across the country reveal these agency entrepreneurs have big plans and, in some instances, are showing promising early results.

Find out about some of the country’s newest independent insurance agencies in this series: