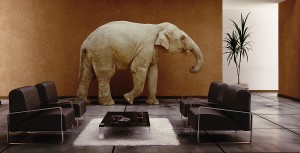 The state-based workers’ compensation system has evolved and survived for 100 years but it could face tough challenges in the coming years as the country struggles to dig itself out of the deep recession.

The recession has caused an “unprecedented disruption of the labor market” that will have widespread and long-term effects, according to a leading workers’ compensation researcher and economist.

Richard Victor, executive director of the not-for-profit Workers’ Compensation Research Institute (WCRI), is warning that one economic fact alone could trigger a re-examination of workers’ compensation and other job-related programs. It is that there are 25 million Americans vying for just 3.5 million available jobs. That’s seven people for every opening.

Victor dubbed this employment crisis the “elephant in the room” during his organization’s annual research conference in Boston.

The 25 million includes the unemployed and underemployed. In a normal economy, there might be half that many looking for work, he said.

Victor believes the issues raised by today’s unemployment crisis are structural. He said that there is a mismatch between the Americans looking for employment and many of the jobs available. In relation to workers’ compensation, Victor said many of the available jobs are “not matched to the skills, interests and location of injured workers.”

The point has been underscored by the president of the Federal Reserve Bank of Minneapolis. Narayana Kocherlakota sees mismatch by geography, skills and other factors as a major issue and estimates this adds about 2.5 point to the unemployment rate.

The issues are not just temporary, in Victor’s view.

Just to fill the jobs gap left by the recession, the country needs to create about 6 million jobs; then it needs another 7 million jobs to keep pace with those newly entering the job market, Victor said.

According to the Wall Street Journal, the labor market lost almost 8.8 million jobs from a peak in January 2008 (138 million payroll jobs, when the unemployment rate was 5 percent) to the bottom in February 2010 (129.2 million).

The labor market needs to be producing far more jobs, as many as 300,000 a month to get back to normal levels of unemployment within five years.

Job creation will depend upon how fast the gross domestic product grows. Many economists expect GDP to grow less than 2.5 percent for the rest of this year and for all of next. At that rate, the economy will add just 125,000 jobs a month, barely keeping up with population growth.

Even at an optimistic GDP growth of 3.1 percent a year, it could take a decade or more for the country to get back to any “normal” employment situation, Victor said.

“So this [high unemployment] is going to be with us a long time,” said Victor.

The WCRI economist suggested that as society grapples with this chronic unemployment, job-related programs could come under pressure and state workers’ compensation systems could be drawn into a bigger debate over how to help pay for extended unemployment.

“How will the system cope?” he asked his WCRI audience of about 250.

Injured workers may ask if they will ever be rehired or if they should try to hold onto their workers’ comp benefits longer since no jobs are available.

There are 200,000 workers injured every month in the U.S. and the probability of re-employment goes down the longer someone is out of work, he said.

Employers may face more litigation as more workers turn to attorneys to help them fight for benefits. Business owners may start asking if benefit formulas should be reworked or standards for terminating benefits be revisited.

Also, some may question anew the feasibility of return-to-work, rehabilitation or retraining programs since few jobs are available.

Also in Victor’s scenario, state workers’ compensation boards will face bigger workloads. There could be more delays and longer durations for payments. The system, and its costs, may become less predictable. Some state systems may be more vulnerable than others.

Victor said he is particularly worried about those who will be entering the labor market over the next five to seven years and face limited opportunities. “This can have profound, long term effects,” he said.

To open the day and one-half WCRI research conference in Boston, Peter Barth, professor of economics (emeritus) at the University of Connecticut and long-time researcher and consultant on workers’ compensation issues, reviewed the 100-year history of workers’ compensation over which the system has evolved but stayed fundamentally the same.

“Have there been improvements? Yes,” Barth said. “Is there still room for improvement? Yes.”

Then Victor closed the conference with his much-anticipated “elephant” talk.

“The elephant’s coming. Be prepared,” he told his WCRI audience.