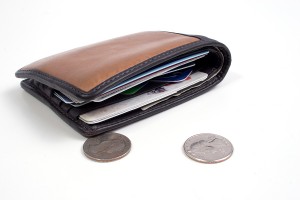 The study from the Consumer Federation of America (CFA) concludes that the auto insurance marketplace “denies important economic opportunities, especially those related to employment, to low- and moderate-income (LMI) households.”

The study’s intent, and message, was immediately attacked by several national insurance associations claiming the CFA report is misguided, infers “malicious intent,” makes incorrect assumptions about underwriting and even gets some of the facts wrong.

The CFA study asks state insurance regulators to ensure that auto insurance is fairly priced and affordable for LMI families so that they have greater access to car ownership and jobs.

According to the group, it worked with Santa Monica, Calif.-based Consumer Watchdog on the study. Consumer Watchdog is working to get signatures to qualify its Insurance Rate Public Justification and Accountability Act for California’s Nov. 6, 2012 ballot. The initiative would “ensure fair and transparent rates for health, home and auto insurance,” prohibiting “unfair pricing” for auto based on prior coverage and credit history, according to its backers.

The CFA study cites several examples that its authors say prove “disparate treatment” of LMI households. It also shows that the bottom rung of families considered to be low-income pay 8 percent of more of their annual income on auto insurance.

One example, taken from a study by Consumer Watchdog, was a 30-year-old man in St. Louis with a Ford Taurus and a perfect driving record who commutes 20 miles per day. He carries comprehensive and collision insurance and a $500 deductible. If he were an executive with an MBA degree living in an upscale suburb, his average annual insurance rate would be around $558, according to the study.

Additional considerations the study uses for altering the man’s profiles are: paying in installments, up $60; uninsured for period of time, up $638; possessing no car for a time, up $337.

“This goes to $2,095,” Hunter said. “The rate went up fourfold. Insurers have never provided a thesis on many of these factors on how they measure risk.”

He added, “We think these factors are surrogates on income.”

Additionally, he said, no study has ever been done on aggregate impact of insurance rates on low and moderate income families. The authors are asking insurance commissioners to collect this data, as well as data on how rates are calculated, from insurance companies in their states.

“It’s going to be hard, but the states have the authority to do this,” Hunter said. “States have subpoena power—they should require the data and get it.”

Aside from factors that are included in rates, Hunter said miles driven are not adequately factored into pricing, and that state liability requirements do not benefit lower income drivers, as they only get liability for damages done to another’s property or person.

As such, “states should look into the possibility of creating low-income insurance plans,” he said.

As an example, he cited California’s state-sponsored Low Cost Automobile Insurance Program, which is designed to give greater access car insurance to low-income families.

“States should look at this model and develop similar models for their state,” Hunter said. He noted the California plan uses no government subsidies, “but we think a case can be made for subsidy in some circumstances.”

State-sponsored efforts to provide income-eligible persons with liability insurance protection at affordable rates have not gained a significant following, according to the Insurance Information Institute. The program in California had fewer than 12,000 policies in effect as 2011, according to I.I.I.

It’s not clear if the CFA group has worked with any specific state insurance commissioners on its plan. A spokesman for California Insurance Commissioner Dave Jones said neither Jones nor his staff had been contacted by CFA.

Rich Roesler, a spokesman for Washington’s insurance commissioner, said he knows of no one in his department who has been contacted.

“I checked with our staff,” he said. “We’ve been getting their emails, but as far as I can tell after checking with half a dozen people here, I can’t find anyone who’s been directly involved with the study.”

Nevada Insurance Department spokesman Jake Sunderland, who said the group had not reached out to his department, said the state had a low cost auto insurance program bill introduced in state legislature last year that passed Assembly but died in the Senate.

“The commissioner’s office was neutral in the issue,” he said. “That’s kind of where we stand on that right now.”

Sunderland took exception to the CFA study’s assertion that rates are based on incomes–that’s at least not the case in Nevada, he said. “We don’t see that in Nevada,” Sunderland added. “We’re a prior approval state. We require justifiable data regarding a rate change, and that’s not something we would allow.”

In 2011 the Nevada state legislature did approve a bill that provided credit history exceptions for certain insureds for what is considered “an extraordinary life event.” Certain insureds could have their credit history prevented from being taken into account in ratings calculations if they were laid off, deployed by the U.S. military, or had a medical emergency that negatively impacted their insurance credit score.

To help carry its request to the nation’s insurance commissioners, CFA is asking the National Association of Insurance Commissioners (NAIC) to request that its property/casualty committee examine the suggested changes in the study.

“They should hold a hearing on the matter so all stakeholders can be heard,” Hunter said.

An NAIC spokeswoman, who would not allow her name to be used, stated that NAIC has received the letter and study from CFA, and the matter “will be referred to the appropriate committee(s) to discuss what, if any, recommendations are necessary.”

According to Hunter, CFA asked NAIC CEO Terri Vaughn to distribute the study to commissioners. However, the NAIC spokeswoman would not confirm whether Vaughn has been in contact with CFA.

“There may be actually real reasons why there’s different outcomes,” he said, referring to the alleged disparity in rates between drivers in low-income neighborhoods versus more upscale communities.

Take ZIP codes, for example, he said. “You may just have more people driving in that lower-income area, maybe more vehicles, maybe it’s an area with higher density,” he said. “In other words, a higher likelihood you will have higher vehicle-to-vehicle accidents.”

Other rate factors include crime rates in different neighborhoods, including vandalism and theft, he said.

“If there’s an area that has a higher crime rate against property, it’s entirely appropriate that that gets factored into underwriting,” he said.

He added a caution against going down a path of “cross-subsidization.”

“The price ought to reflect the risk,” he said.

Based on the information CFA provided, Whittle believes the authors of the study made one too many assumptions about not only the methods the industry uses to establish rates, but also the intentions of those in the industry itself, he said.

“From the information they received, they assume a malicious intent,” he said. “But there are perfectly good, actuarially justifiable reasons why differences may exist.”

I.I.I. put out a statement following the release of the study countering CFA’s basic claims about auto insurance affordability and accessibility, saying both coverage and accessibility have actually grown more affordable in recent years.

The group stated it “vigorously contested” the CFA study, which asserts that insurance rating practices are driving up auto insurance prices for low- and moderate-income households.

I.I.I noted that the CFA analysis came weeks after an NAIC study showing that the typical U.S. motorist had seen auto insurance expenditures drop every year between 2005 and 2009, paying an average of $785 to insure a private-passenger vehicle in the U.S. in 2009, which is $4 less than in 2008.

The Property Casualty Insurers Association of America (PCI) also hammered the report and its authors.

“The Consumer Federation of America’s misguided public policy prescription to increase affordability of auto insurance would be counterproductive and hurt the low- and moderate-income motorists they claim to represent,” said Paul Blume, senior vice president of state government relations for PCI. “Their approach would result in higher costs and fewer choices for all consumers.”

Blume added that while the low minimum liability coverage requirements CFA is proposing “would produce lower costs for some consumers, the CFA’s other recommendations would make insurance more expensive.”