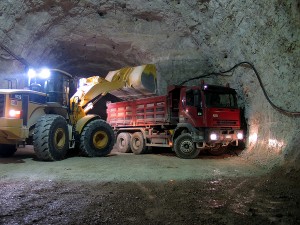 If there’s one lasting cultural change Mine Safety and Health Administration Director Joe Main wants to make in both the federal agency and the industry it regulates, it’s ending the cycle of intensity and complacency.

After every high-profile disaster, regulators step up their enforcement and most coal operators take a second look at safety. Then, over time, both grow complacent. Until the next disaster.

“You look away for a second, you let your guard down for a second, and bad things can happen here,” Main said in an interview with The Associated Press. “We’ve got to stay focused on mine safety. It has to be the priority every minute of every day, and we have to be out there with a find and fix mentality — find it and fix it before it hurts somebody.”

When the Sago Mine exploded near Buckhannon, W.Va., in 2006, trapping and killing 12 men, MSHA had a different leader and a shortage of inspectors. It’s since hired and trained hundreds, and it was about to begin retraining them when Massey Energy’s Upper Big Branch mine exploded near Montcoal in 2010, killing 29 men.

“You can’t go through these phases where enforcement intensifies and then slacks off. You pay for those things,” Main said. “These past events have happened when there’s been a slacking off, and it takes time to reset the stage.”

Though MSHA has been criticized for its handling of Upper Big Branch before the blast, Main insists inspectors used the tools they had and were trying to correct problems. In the year before the blast, MSHA issued more violation orders there than at any other U.S. mine. It shut the mine down 48 times but had to let it reopen when problems were fixed.

Main said his agency has made many changes since then, including creating an impact inspection system for mines with a history of violations, and he plans to make more once an audit of MSHA’s performance at Upper Big Branch is completed.

He’s also hoping for tougher tools from the three mine-safety bills pending in Congress. MSHA helped craft the one proposed by Rep. George Miller, ranking Democrat on the House Education and Workforce Committee.

Whatever version ultimately passes, Main wants it to address critical issues such as: giving workers a voice and protecting them when they use it; giving MSHA federal subpoena power in investigations rather than forcing it to rely on state laws; and holding people accountable for criminal conduct.

“I do not believe in treating people who are not criminals like criminals,” Main said. “But I do believe that people that engage in that kind of activity need to be dealt with accordingly. And we have to have a law in place that contains that kind of respect.”

Ultimately, keeping a mine safe is the operator’s responsibility, and Main said he’s disappointed by those who didn’t get the wakeup call from Upper Big Branch, the nation’s worst coal mining disaster in four decades.

“It’s like people passing a wreck on the highway: Just how does that impact folks? And this should have impacted folks bigger,” he said.

Even shortly after the tragedy, his inspectors found mines with so much explosive coal dust hanging in the air that they could barely see the cutting machines.

“It goes to show we have a serious problem here,” he said.

Preliminary data for 2011 show signs of at least short-term improvements: The total number of mining citations and orders were down, and there was progress at 14 mines notified in 2010 that they might be designated potential pattern violators.

Main said his agency is also in the process of rewriting the inspectors’ handbook, consolidating and clarifying policies that may be confusing or contradictory “to say exactly what we mean.” That, he said, should help them do their jobs better and make enforcement efforts more consistent.