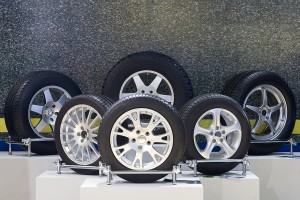 It hasn’t been the best of times for America’s Main Street businesses. Often facing overwhelming competition from big box stores, many small businesses face an uphill battle from the outset and more than a few don’t survive beyond a few years. But as economic conditions seem to be improving, more entrepreneurs are expected to launch startups.

There are several niches that show the greatest promise for small business startups today, according to IBISWorld research, which recently ranked the top five small business retail sectors based on startup costs, barriers to entry and estimated revenue growth in 2012.

“The economy has definitely turned a corner,” says Eben Jose of IBISWorld, a Los Angeles-based organization that researchers economic, demographic and government data for U.S.-based industries and worldwide.

“Small businesses still face many challenges,” he says. The prevalence of big box stores, like Wal-Mart, Target and Home Depot, and a lack of available credit for small business ventures remain tough hurdles for most of America’s Main Street.

“But if small businesses can find a niche market and really stand out, they can definitely make it,” Jose predicts. To do that, small businesses need to stay current with mobile platforms and when appropriate small business owners should turn in to the popular trend toward local.

“A lot of small businesses are finding success if they try to stay local,” Jose notes. A good example: restaurants that get all their produce and meats from local farmers and ranchers. “People seem to be really into that right now.”

“Small businesses need to redefine where they are; they need to get into more of a niche market,” he says. In Jose’s opinion, while the big box stores may offer general retail products and services, small businesses have to offer something different to make it. “And it doesn’t even matter if it comes in more expensive because people will be willing to pay for it if they think that it’s worth it.”

Based on IBISWorld research, a handful of retail sectors are poised for growth, offering promise for interested entrepreneurs and the insurance agents who advise them, including: tire dealers, specialty food stores, luggage, handbag and accessory stores, art dealers and furniture stores. These industries boast easy entry and rising revenue opportunities, Jose says.

Agents and brokers might want to take a closer look at these promising businesses. Insurance Journal spoke with some who are already targeting these markets.

Opening a tire dealership probably isn’t on the top of anyone’s to-do list for 2012, but based on numbers alone, it’s one of the most promising small-business retail sectors for starting a business, the IBISWorld report says.

Changes in consumer preferences toward more fuel-efficient tires and pent-up replacement tire demand from people who postponed purchases during the recession are expected to fuel industry profit in 2012.

Most of the coverages are typical for auto related businesses, East says. But he advises agents targeting this segment to understand the market well.

Tire dealers also deliver so vehicle accidents are prevalent, according to East. Another common claim involves tire installation. “There are some instances where a wheel will come off.”

Although people tend to keep their vehicles longer in a tough economy, East says there are also fewer miles being driven therefore there’s less wear and tear on the tires. Even so, the tire dealer market continues to perform about the same for Zurich North America.

Competition remains pretty stable, and pricing is stable as well now, he notes.

Similar to most luxury goods retailers, art dealers experienced a surge in demand while the economy was booming, with wealthy consumers splurging on original art. Although that demand slowed during the recession, it is expected to return as fine art’s investment and aesthetic appeal increases, according to IBISWorld.

Requiring only the ability to source and value artwork, the low levels of labor and capital needed to get started in this sector make it an appealing one for startups.

IBISWorld estimates revenue for art dealers to grow 4.0 percent in 2012 and at an average annual rate of 4.3 percent through 2016.

Risa Schiff, vice president at Riemer Insurance Group Inc., an independent insurance agency headquartered in South Florida, is a veteran in the art and jewelry insurance world. She began her specialty insurance career about 15 years ago insuring only people in the diamond industry in New York.

Schiff agrees that the economy forced a downturn in the art market. “Galleries weren’t doing the volume that they used to do, so they had to cut their expenses somewhere, and they cut them on insurance,” she says.

The good news: in Schiff’s view, the art dealer market has made a turnaround. And the insurance opportunities have changed to some degree, she says.

Now more than ever, artists are realizing the value of their art and looking to insure their collection, she says.

“What has changed, many galleries take items in on consignment in order to sell directly for the artist. If an artist is going to give a gallery their collection, they want to make sure that that gallery has insurance protection in order to pay them for their collection,” according to Schiff.

Artists seem to be taking more of an interest in protection.

“If you’re an individual artist and you’re putting your work in a gallery, that gallery should name you, Mr. Artist, as a loss payee, so that if something happens to your work when it’s in that gallery, you get paid,” Schiff says.

Artists must ensure that there is coverage for their artwork when it’s in the gallery and negotiate who’s responsible for the piece while it’s in transit.

Schiff receives many insurance inquiries for new galleries opening, especially in the West and around San Francisco.

“I think rents have dropped, so people are more apt to go into business,” she says. The lower rents may even have opened doors for artists who lost their day jobs due to the economy and decided to take the bold step into entrepreneurship by opening their own gallery, she adds.

Schiff cautions that the art insurance business is a specialty.

“There’s nothing typical about the art industry or the insurance for the artist,” she says. “Insurance in itself is a relationship business. Insuring someone’s fine art is a huge relationship because this is like their children. They get really connected to it.”

It’s not just a building. It’s much more, she says. It’s sentimental. And, “You can’t insure sentimental.”

Furniture stores experienced a harsh drop in demand when the economy tumbled and Americans reduced their spending. But with homeownership and per capita disposable income expected to increase in 2012, IBISWorld expects consumers will finally upgrade their furniture.

IBISWorld reports that 2012 offers great opportunities for furniture store entrepreneurs, especially with revenue projected to increase 3.4 percent in 2012 and at an average annual rate of 3.0 percent through 2016.

This could mean opportunities for some insurance professionals as well, but Troy Fornof, director of branch operations for USG Insurance Services Inc., hasn’t seen opportunities in the furniture market come to fruition just yet.

Fornof says at least in the excess and surplus lines market, the typical retail furniture store isn’t on his radar. But custom stores, such as baby furniture and children’s furniture, have always been a traditional E&S business.

For the most part, Fornof says, in the furniture insurance market rates are holding steady or in some cases going down in property/casualty.

Fornof says there’s no questions that furniture stores were hit hard by the economy, and that reduction in sales may be one reason why this market has remained in standard lines.

“I think that part of the reason that kept it out of the E&S arena is because the standard market exposure isn’t nearly as high,” he says. “Small furniture sales have been good but large purchases have been tough.”

Furniture store insurance programs should include the basics, including general liability, property, and workers’ compensation. Also, hired and nonowned for any delivery services as well as employment practices liability should be offered, he says.

“Depending on whether they are manufacturing their own furniture or not, you could have a separate products exposure come into play; for custom furniture makers that might be an issue.”

Another promising market segment for insurance agents and brokers is specialty food stores.

While supermarkets continue to serve the majority of food buyers, a growing number of consumers want a finer, and sometimes even more exotic, eating experience.

There’s no doubt that spending on high-end food took a hit during the recession as Americans tightened their wallets and became more price conscious. But with disposable income increasing, people are once again seeking out their favorite foods, according to the IBISWorld research.

With low initial start-up costs and revenue expected to increase 2.3 percent in 2012, specialty food storeowners can expect business to heat up in the coming years.

USG’s Fornof says the grocers’ insurance market had been very soft up until recently. The markets that were fairly big in the grocers segment just can’t absorb the losses, he says.

“It was true soft market pricing and it’s just kind of caught up,” Fornof says. “Grocery stores make sense because it’s a big slip and fall exposure. At some point those are going to catch up with you if your rates can’t absorb even a standard loss history.”

Hald agrees that the majority of losses for this segment come from trips and falls/slip and falls.

“This stems from the many hazards found in a typical grocery store (produce department, live seafood tanks, coffee grinders, garden centers, soda fountains, etc.),” he says. “The next major loss is typically food spoilage from a power failure or equipment failure.”

While Hald says he has yet to see much growth in the grocers sector, Fornof says his offices have reported a significant uptick.

“Canvassing our offices around the country, almost in its entirety every branch is saying they are seeing an uptick in grocery stores, in both submission counts as well as rates,” Fornof says. “A number of standard markets are pulling out or are increasing their rates enough to the point where these folks are shopping.”

Fornof says the trend seems to be widespread — from Minnesota, to Texas to Pennsylvania, even in Michigan. “So it’s not as if it’s territorial. It’s all over.”

The trend in growth for specialty food store startups could mean more business for agents.

“In most communities grocers tend to be a small town business, so your local agent tends to do very well,” Fornof says.

With the recession in the rear-view mirror, people are slowly loosening their purse strings, IBISWorld says, and their discretionary purchases are trending towards certain accessories including, fittingly, purses.

Aside from small hiccups during the recession, handbag, luggage and accessory stores have fared rather well, IBISWorld says. The dips in consumer confidence and disposable income didn’t significantly discourage shoppers, and now that both of these factors are on the rise, sales are also forecast to increase.

“In tough economies that’s what people are going to splurge on,” says Robert Motta, president and CEO of Insurexchange, a Fort Lauderdale, Fla.-based professional insurance services firm. “It makes sense that that segment would be a hot segment.”

With revenue expected to grow at an average annual rate of 5.1 percent through 2016, this retail sector offers appealing opportunities for startups and agents looking to insure them.