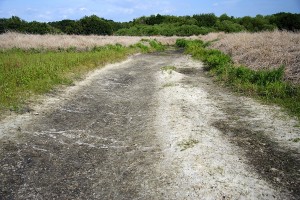 The La Nina weather pattern blamed for a devastating drought in Texas and a bad dry spell in South America should be gone by the end of April, but its impact will persist in large swathes of the southern United States which may complicate conditions for farmers planting their spring crops.

The U.S. Climate Prediction Center said in a monthly update released on Thursday that La Nina is rapidly weakening and is expected “to transition to … neutral conditions by the end of April 2012.”

“La Niña-like impacts are expected to persist into the upcoming season,” the CPC, an office under the National Oceanic Atmospheric Administration, explained.

The report fine-tuned the time frame when La Nina would dissipate. La Nina is an abnormal cooling of waters in the equatorial Pacific which can last for years and wreaks havoc over weather conditions in Asia and the Americas.

Its more infamous counterpart, El Nino, leads to a heating of those waters while sparking drought in Southeast Asia and Australia and floods in South America.

CPC said drier-than-average conditions are seen across Florida, the Gulf Coast and the southwestern United States.

Above-average rain is forecast for the Ohio valley and the lower Great Lakes region of the U.S..

La Nina’s sting could cause problems just when vital crops like corn, soybeans and cotton are sown in the U.S. Midwest and the south.

The worst drought in a century hit in 2011 in Texas, the biggest cotton growing state in the country.

La Nina has been keenly felt in Latin America, where estimates for the 2011/12 corn crop from Argentina, the world’s No. 2 supplier, have been cut. Brazil’s soy crop has also been hit.

Estimates of both crops were cut by the U.S. Agriculture Department in its monthly supply/demand report for February. The next USDA estimate is due on Friday.

La Nina’s gradual dissolution would come just before the start of the annual Atlantic hurricane season on June 1. The U.S. crude oil industry is particularly worried about storms in the Gulf of Mexico threatening to topple platforms and rigs in the area.

In the last two years when La Nina was present, more storms formed in the Atlantic Ocean, but most of them veered away from the U.S. mainland. An exception was Hurricane Irene which caused severe damage in states from New Jersey to Vermont.