Random inspections of U.S. industrial workplaces lower the risk of workers being injured on the job and have no measurable negative effect on the companies inspected, according to a study in the journal Science.

Companies chosen for random inspections by California’s Occupational Safety and Health Administration recorded 9.4 percent fewer worker injuries than those that were not inspected, the study found.

The study, to be published on Friday, also found that the companies inspected were no more likely to cut jobs, lose sales, have their credit ratings cut or go out of business than those that were not inspected. 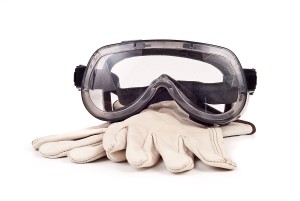 Over its four-decade history, the federal OSHA has come under fire from both organized labor, which worries that it does not do enough to protect workers, and from big business, which argues that it imposes unnecessary costs.

An attorney representing the U.S. Chamber of Commerce told an April Senate committee hearing into whether OSHA moves too slowly in developing new regulations that employers view the agency as unresponsive to businesses’ suggestions.

“Too often there is a perception that OSHA is determined to pursue a new standard regardless of how it will impact employers or whether it is justified,” said the attorney, David Sarvadi of Keller and Heckman.

That sort of concern sparked the idea for the study, conducted by three professors from the University of California, Harvard Business School and Boston University.

“We went in not really knowing what to expect, because from my perspective the rhetoric on both sides seems in some ways convincing but in some ways extreme,” said Michael Toffel, an associate professor of business administration at Harvard Business School and one of the study’s authors. “It seemed like a real puzzle that people had such strong opinions without a whole lot of evidence.”

When injuries were reported, the worker compensation claims that resulted from them — which account for both the cost of medical treatment and lost wages — were 26 percent lower in facilities that were inspected than those that were not.

The study is based on a analysis of 409 California single-location businesses in industries, including woodworking and metalworking, that had high injury rates and were inspected by that state’s OSHA body from 1996 through 2006. It compared results at those businesses with 409 similar companies that were not inspected in that time period.

The authors focused on California because at the time the state’s safety agency conducted some inspections based on random selection, rather than just focusing on targets of complaints.

An official at the AFL-CIO labor federation said the findings show that OSHA is effective in promoting safe workplaces.

“What the study tells us is that protecting your workers on the job and keeping them safe is good for workers but is also good for business,” said Peg Seminario, director of safety and health at the AFL-CIO. “What’s too costly is not addressing injuries and illnesses. We can’t afford not to protect people.”

An official at the National Association of Manufacturers said the study failed to consider whether the regulations that OSHA enforces — rather than the inspections — hurt companies or protect workers.

“The authors are not asking the right question,” said Joe Trauger, vice president of human resources at the trade group. “The appropriate question is, ‘Do regulations provide a safer workplace?’ Random inspections happen after the fact, so if any job losses were to happen due to regulations, they would have happened before the inspection took place.”