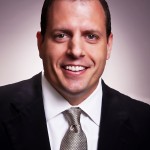 Angelo has been promoted from regional sales manager to regional vice president of the company’s Southeast region. He started with the company in March of 2009 and built a $25 million book of business in Alabama in three years, the company said. Before joining Philadelphia, Angelo spent 17 years at Liberty Mutual Group, Willis of Alabama and Federated Insurance Companies in various marketing positions.