The Colorado State University team is predicting an above-average 2013 Atlantic basin hurricane season with 18 named storms and a 72 percent chance one will make landfall somewhere along the entire Eastern seaboard.

Nine of those 18 named storms are expected to become hurricanes and four of those major hurricanes (Saffir/Simpson category 3-4-5) with sustained winds of 111 mph or greater.

The activity will be due primarily to anomalous warming of the tropical Atlantic and expected lack of an El Nino event, the researchers said.

“The tropical Atlantic has anomalously warmed over the past several months, and it appears that the chances of an El Niño event this summer and fall are unlikely,” said Phil Klotzbach, who authors the forecast with William Gray of the CSU Tropical Meteorology Project. “Typically, El Nino is associated with stronger vertical shear across the tropical Atlantic, creating conditions less conducive for storm formation.”

The hurricane forecast team’s probabilities for a major hurricane making landfall on U.S. soil in 2013 are:

The hurricane season falls between June 1 and Nov. 30. 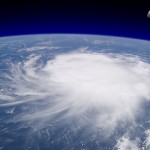 The Colorado State forecast is consistent with recent comments by Gray at last month’s National Hurricane Conference. It also tracks with a recent outlook by Houston-based ImpactWeather that said 2013 will bring a series of hurricanes more severe than 2012.

The team says that its annual predictions, which have been made for 30 years, are intended to provide a best estimate of activity to be experienced during the upcoming season, not an exact measure.

The forecasts are based on the premise that global oceanic and atmospheric conditions – such as El Nino, Atlantic basin sea surface temperatures and sea level pressures – that preceded active or inactive hurricane seasons in the past provide meaningful information about similar conditions that will likely occur in the current year.

“All vulnerable coastal residents should make the same hurricane preparations every year, regardless of how active or inactive the seasonal forecast is,” Klotzbach said. “It takes only one landfall event near you to make this an active season.”

Five hurricane seasons since 1900 exhibited oceanic and atmospheric characteristics most similar to those observed in February-March 2013: 1915, 1952, 1966, 1996 and 2004. Four out of the five years had above-average hurricane activity.

The team will issue forecast updates on June 3 and August 2.

Probabilities of tropical storm-force, hurricane-force and major hurricane-force winds occurring at specific locations along the U.S. East and Gulf Coasts are listed on the forecast team’s Landfall Probability website at http://www.e-transit.org/hurricane.