Federal securities class action filings in 2012 decreased by about 10 percent from 2011. There were 172 cases in 2012, compared to 191 cases in 2011, according to consultant PwC US in its annual securities litigation study.

While the first three quarters of 2012 saw an average of 46 cases, securities litigation filings decreased dramatically in the fourth quarter, to 33 cases—the lowest level since the 30 cases filed in the second quarter of 2009.

Cases against accounting firms fell the most— which Cornerstone Research recently reported as well — while the health industry experienced the most cases.

The study entitled, “At the crossroads, waiting for a sign,” says that in the U.S., the last quarter was affected by two events: the impending presidential election and the political uncertainty inherent in the looming “fiscal cliff” of automatic tax hikes and government spending cuts. PwC also noted Superstorm Sandy may have played a role by interrupting transportation, shutting down power, and blocking access to the Internet and phone service in the Northeast, thereby disrupting law firms, courts and financial markets.

“While 2012 started much the same as 2011, it ended very differently,” said Patricia Etzold, securities litigation partner with PwC. “Despite the uncertain economic and market conditions in the second half of the year, the number of securities litigation filings decreased by 21 percent leaving us to question the direction things will go from here.” 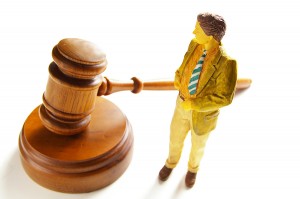 The report’s authors suggest that future securities litigation may be largely affected by the new securities regulators taking office.

Filings related to the financial crisis, China-based companies and merger & acquisition (M&A) transactions – although to a lesser extent – saw significant downturns during 2012. Illustrating the drop, only three financial-crisis-related cases were filed after a total of 178 such cases were filed from 2008 to 2011.

“The overall level of M&A deal activity continues to remain below the levels seen prior to the financial crisis,” said Neil Keenan, principal with PwC. “Despite the expectation that M&A cases will continue with some level of activity, it will take another market-driven event to truly fill the void left by these waning market events and trends.”

PwC also said that cases against foreign issuers (FIs) decreased dramatically in 2012 compared to 2011, with only 32 cases filed in 2012 (19 percent of total cases), versus 61 filings (32 percent of total cases) the previous year. Cases against China-based companies decreased 60 percent, from 37 in 2011 to 15 in 2012. Twice as many cases against China-based companies were filed in the first half of the year (10 cases) than in the latter half (five cases).

Other findings in the 2012 study include:

“2012 was a year that implied no clear direction as to where regulators or shareholders may focus in the future – at a crossroads, waiting for a sign,” said Etzold. “2013 looks to be a year that could go in many different directions. Future securities litigation may not be foretold by the trends reflected in the cases filed, but rather in considering the possible direction of the new regime of regulators, and the future paths companies may take.”

PwC tracks federal cases filed which allege violations of the Securities Act of 1933 and Securities Exchange Act of 1934. The focus of this study is on cases filed after the passage of the Private Securities Litigation Reform Act. The study also analyzes a variety of issues, including whether the case is accounting-related, a breakdown of accounting issues, and settlement data. Sources include case dockets, news articles, press releases, claims administrators, and SEC filings. PwC’s Securities Litigation database contains shareholder class actions filed since 1996.