U.S. businesses buying property/casualty insurance in September saw a five percent rate increase on average, according to the latest index from MarketScout.

MarketScout said the composite rate for was up from plus 4 percent in August to plus 5 percent in September 2013.

By industry class, contractors are paying the highest rate increases at plus 6 percent followed by habitational, service and transportation accounts that are at plus 5 percent. Public entities had the smallest increase at plus 3 percent.

Commercial property and general liability coverages were up 6 percent. Automobile and Business Owners Policies were up 5 percent. The lowest increase as measured by coverage classifications was in Surety at plus 1 percent.

Richard Kerr, CEO of MarketScout, said that there are several medium-sized, publicly-traded insurance companies are encountering challenges and may be sold, restructured, or placed into run off “unless they structure some creative solutions to get them past their current financial crisis.”

A summary of the September 2013 rates by coverage, industry class and account size is set forth below. 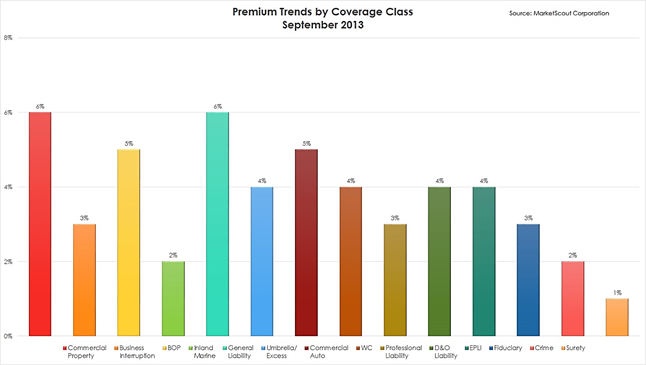 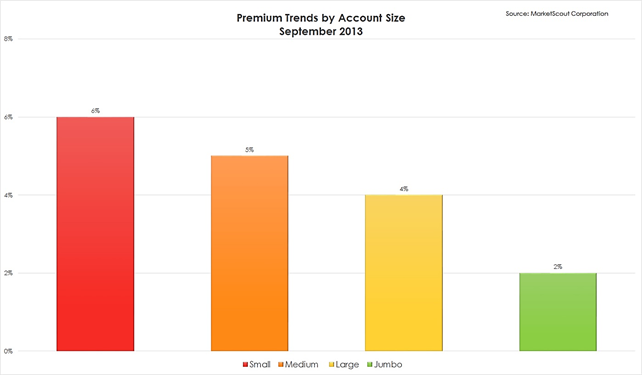 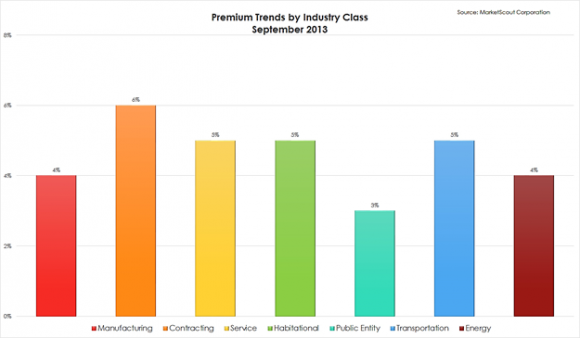