Holding automobile insurance regulation in California as an example, the Consumer Federation of America issued a report on Tuesday showing that auto insurance expenditures in America rose by 43 percent on average over the past quarter century.

The report holds that the median state, Wisconsin, rose 56 percent over that time, while in Nebraska rates rose by as much as 108 percent – increases that occurred despite increased automobile safety and the arrival of several new carriers in the insurance markets.

“These escalating rates, which are made worse by the use of non-driving rating factors by major insurance companies, limit the ability of low- and moderate income drivers to comply with state insurance requirements,” the report states.

The report’s authors called for prior approval regulation similar to California to be considered for the rest of the nation.

The Property Casualty Insurers Association of America promptly issued a statement in an effort to debunk the report: 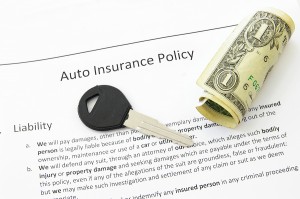 “Opponents of competition-based rating systems such as the Consumer Federation of America have the misguided impression that prior approval systems keep insurance rates down. However, National Association of Insurance Commissioners (NAIC) data demonstrates that on average states with competitive-based regulatory systems have the lowest average annual premiums when compared to the countrywide average and states with prior approval systems.”

The CFA report analyzes the auto insurance regulatory systems of each of the 50 states from 1988 through present.

The report singles out California and the landmark insurance reforms in Proposition 103 just days after the 25th anniversary of the ballot initiative.

Prop. 103 passed on Nov. 8, 1988, and made sweeping changes in the oversight of auto insurance in California, including requiring prior approval for rate hikes and establishing an intervenor process in which people who challenge rate hikes can get compensated for doing so.

Based on estimated savings to California drivers outlined in the report of $100 billion since 1988, or $8,125 per household, the authors called for prior approval regulations similar to Prop. 103 for the rest of the states.

According to the report, rates in California fell three-tenths of one percent in that period.

Harvey Rosenfeld, the man behind Prop. 103 and head of Consumer Watchdog, a regular foe of California insurers and the state’s lead intervenor, called the report an “amazing victory for citizens and democracy.”

“Prop. 103 proves than when citizens join together they are an unstoppable force,” he said an event in Los Angeles to talk about the report.

Rosenfeld, whose Consumer Watchdog has collected more than $8 million in intervenor fees since 2003, according to the California Department of Insurance, used the opportunity to call for support for a similar initiative headed for California’s 2014 ballot that would establish prior approval for health insurers.

“The good news is that Consumer Watchdog has placed an initiative on the 2014 ballot that will put healthcare insurers under rate controls,” he said, adding, “It’s going to be another David vs. Goliath battle at the ballot box.”

California Insurance Commissioner Dave Jones issued a statement applauding the report’s findings, and stating his support for the initiative.

According to the Insurance Information Institute, 37 states and the District of Columbia currently permit insurers to set at least some auto insurance rates without prior approval. Only 13 states continue to enforce prior-approval regulation of auto insurance rates. However, even in states which do not require state prior-approval, there are often regulations that restrict the role of market forces in determining rates.

The insurance industry has continually argued that more competition is the answer to rising rates. Insurer representatives argued that same point in response to Tuesday’s report, and stated there are other factors for keeping California’s auto insurance rates in check that were omitted in the report.

“Our take is that this is pretty much more of the same,” said Robert Passmore, senior director of personal lines policy for the PCI.

“California is very aggressive in highway safety,” Passmore said, pointing to strict enforcement of seatbelts and DUI laws. “I think you can’t overlook the effect that those things have had.”

California has also drawn a large number of carriers to its market over the years seeking the opportunity to compete and expand, he added.

“It’s completive because of its sheer size,” Passmore said.

Drawing on preliminary average annual premiums from 2010, Passmore noted that competitive-based states – including flex-rating – average $901.15, while prior approval states average $921.62.

“The bottom line is that an environment of robust competition is the best means of addressing availability and affordability issues,” Passmore said. “Competitive marketplaces result in lower costs and provide all consumers with a broader array of products and services. Competition forces insurers to eliminate inefficiencies and stimulates their efforts to attract and retain customers and offer innovative products that provide greater value to consumers.”

The Insurance Information Network of California also attacked the assertion that low rates in the state are a result of Prop. 103.

“The main thing is you can’t look at California in a vacuum,” said Pete Moraga, a spokesman for IINC.

In a rebut to the report’s findings, IINC issued some bullet points arguing that several factors having nothing to do with Prop. 103 have played a role in the stabilization of rates in California:

“If Prop. 103 was so great for consumers how come it’s never been duplicated or replicated in any other state in the country,” Moraga said. “No other state has anything like the type of regulation that Prop. 103 calls for.”

A report issued this summer, “Expert Views of Auto Insurance Rate Regulation,” authored by Prof. Sharon Tennyson of Cornell University, compiled the views of 161 members and former members of the American Risk and Insurance Association (ARIA). More than three-quarters of the respondents hold doctorate degrees and are employed as university faculty. The survey, which was conducted by the Insurance Research Council, found these experts believe that prior-approval rate regulation is not necessary to achieve rate adequacy, fairness and stability or to prevent insurers from earning excessive profits. Most said they believe that auto insurance consumers fare no better in states that impose prior-approval rate regulation than in states that do not.

The CFA report doesn’t overlook the impacts of competition, and in its own way the report outlines its “competition enhancing rules and practices” found among the states:

1. Take All Good Drivers.Only four states, California, Massachusetts, New Hampshire and North Carolina require insurers to take all good drivers who apply for insurance. In these states, a good driving record gives a consumer the right to obtain insurance from any licensed insurance company. This is a pro-competitive requirement, since all states but one require that consumers purchase auto insurance as a condition of driving their own car. Because of these mandatory insurance laws, auto insurance demand is inelastic. A mandate on insurers requiring that coverage be made available to good drivers balances this supply-demand situation.

2. Enact and Enforce Antitrust Laws. Only one state, California, fully applies its antitrust laws to the insurance industry. The insurance industry has historically engaged in extensive price fixing, relying in many instances on shared pricing tools developed by an industry funded “rating organization.” When the industry is subjected to antitrust laws companies cannot engage in this collusive data sharing, which tends to result in inflated prices.

3. Profit Shifting Good Driver to Non-Preferred, Higher Rate Subsidiaries. California is the only state to require that an insurer group place good drivers into the lowest priced policy available from any of its companies when an insurance applicant asks for a quote. This blocks insurance companies form shifting drivers with good records into the expensive insurance policies written by an insurer’s non-preferred subsidiary, which has been one of several techniques that insurers use to avoid selling polices to good drivers who do not fit into a company’s target demographic.

4. Insurer Profitability under Different Regulatory Systems. We considered the question of whether the regulatory system in a state tends to support more or less profitability for the industry. Presumably, insurers would prefer a system that supports higher profits. As Figure 8 indicates, however, profits are relatively unaffected by regulatory systems, with only a slight trend toward higher profits in states with less regulation on an unweighted state-by-state basis, except that Flex Rating systems seem to trend toward lower profitability.