Health care providers in some states prescribe far more painkillers than those in other states, according to a new government report.

Health care providers wrote 259 million prescriptions for opioid painkillers in 2012 – many more in some states than in others – according to Vital Signs, the report by the Centers for Disease Control and Prevention that highlights the danger of overdose.

The report also has an example of a state — Florida— that reversed its overdose trend. 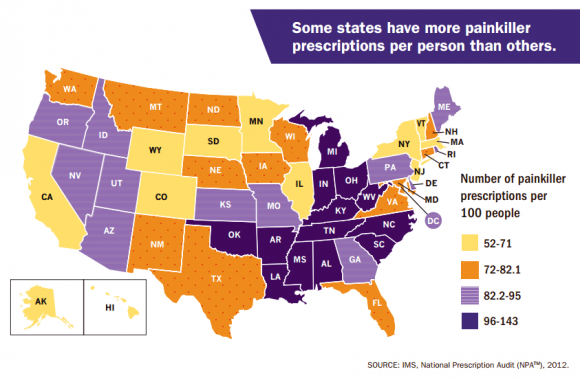 CDC said previous research has shown that regional variation in use of prescriptions cannot be explained by the underlying health status of the population.

Declines in death rates in Florida for specific prescription painkillers (oxycodone, methadone, and hydrocodone) and sedatives paralleled declines in prescribing rates for those drugs. This report was based on Florida Medical Examiners Commission data from 2006 to 2012 and IMS Health National Prescription Audit data from 2008 to 2012. 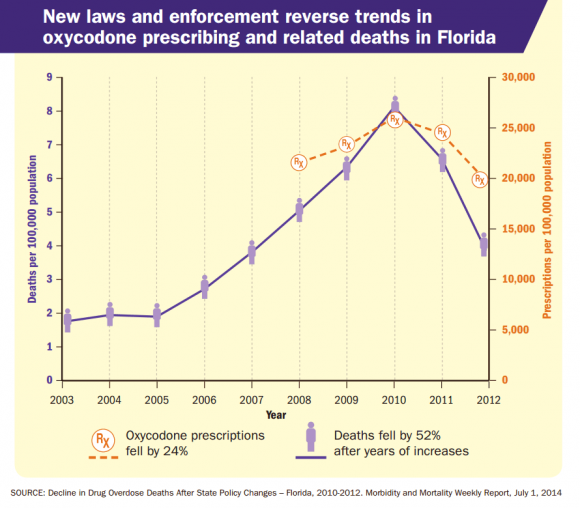 “Prescription drug overdose is epidemic in the United States. All too often, and in far too many communities, the treatment is becoming the problem,” said CDC Director Tom Frieden, M.D., M.P.H. “Overdose rates are higher where these drugs are prescribed more frequently. States and practices where prescribing rates are highest need to take a particularly hard look at ways to reduce the inappropriate prescription of these dangerous drugs.”

For this Vital Signs report, CDC analyzed 2012 prescribing data collected from retail pharmacies in the United States by a commercial vendor. CDC calculated prescribing rates by state for various types of opioid painkillers.

“We know we can do better. State variation in prescribing shows us that the overprescribing of opioids can be reduced safely and feasibly,” said Daniel M. Sosin, M.D., M.P.H., F.A.C.P., acting director of CDC’s National Center for Injury Prevention and Control. “Improving how opioids are prescribed will help us prevent the 46 prescription painkiller overdose deaths that occur each day in the United States.”

According to CDC, previous research has shown that state variation does not necessarily translate to better health outcomes or patient satisfaction. In fact, high rates of use might produce worse outcomes.

According to the report, there are steps that states can take to address the over-prescribing of painkillers including: 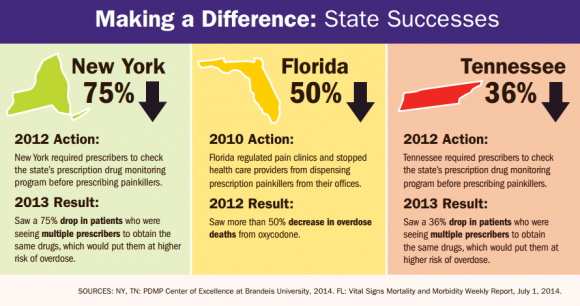