Nationwide Mutual Insurance Co. has realigned its internal structure and named new division leaders, one week after announcing it is bringing all of its product lines under the single brand, Nationwide.

Last week Nationwide Mutual Insurance Co. said it will use the Nationwide brand for all of its products and subsidiaries and drop the use of the names Scottsdale, Harleysville, Allied and those of other units.

The company will now be organized around three primary business units:

“These leaders and this realigned structure will position Nationwide for continued success well into the future,” Nationwide Chief Executive Officer Steve Rasmussen. “We’re excited and optimistic about our strategic direction as we plan to fully leverage the strength of the Nationwide brand across all of our business lines.” 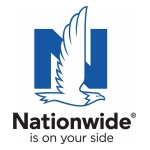 The insurer also said that Kim Austen, most recently president of Allied Group, will retire in March 2015.

As the leader of the Nationwide P&C Agency Operations business unit, Berven will oversee exclusive agency and independent agency operations, commercial and personal lines product and sales. He joined Nationwide in 1994 and has held a variety of leadership positions, most recently as chief strategy and product management officer.

Pizzi will lead the Nationwide Direct and Member Solutions business unit focused on Nationwide’s online and direct phone sales. Pizzi will also oversee Nationwide Bank (an online bank), customer service centers, affinity/sponsor relationships and Nationwide’s claims organization. He joined Nationwide in 1978 as a personal lines underwriter and has held a variety of leadership roles, most recently as president and chief operating officer of Nationwide Insurance.