A major climate change report issued over the weekend offers dire predictions, a call to action to government and industry and it assesses the blame for a rapidly changing and more volatile world on mankind.

The United Nations’ Intergovernmental Panel on Climate Change released its Synthesis Report on Sunday in Copenhagen, a 100-plus page compilation of the materials and findings on climate change the IPCC has issued over the past year.

As the report is lengthy little criticism so far has surfaced.

The term “insurance” is mentioned in the report a dozen times, and while there are no direct calls to action issued to the industry, there are allusions to a future in which insurance will be costlier and in more cases will be government-backed. 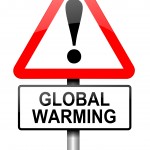 Among its findings the report is unambiguous about the cause of climate change, stating that “human influence on the climate system is clear, and recent anthropogenic emissions of greenhouse gases are the highest in history.”

“Warming of the climate system is unequivocal, and since the 1950s, many of the observed changes are unprecedented over decades to millennia,” the report states. “The atmosphere and ocean have warmed, the amounts of snow and ice have diminished, and sea level has risen.”

The report asserts that the period from 1983 to 2012 was likely the warmest 30-year period of the last 1,400 years in the Northern Hemisphere.

The report depicts a warming ocean in the last 40 years, increased precipitation over the past century and an increasingly acidic ocean.

It also addresses extreme weather since 1950:

“There are likely more land regions where the number of heavy precipitation events has increased than where it has decreased. Recent detection of increasing trends in extreme precipitation and discharge in some catchments imply greater risks of flooding at regional scale (medium confidence). It is likely that extreme sea levels (for example, as experienced in storm surges) have increased since 1970, being mainly a result or rising mean sea level. Impacts from recent climate-related extremes, such as heat waves, droughts, floods, cyclones, and wildfires, reveal significant vulnerability and exposure of some ecosystems and many human systems to current climate variability (very high confidence).”

References to “insurance” in the report varied:

Among the mentions of insurance are within suggested economic options – including financial incentives, insurance, catastrophe bonds, and disaster contingency funds – and laws and regulations, like zoning laws and building standards, laws to support disaster risk reduction and laws to encourage insurance purchasing.

The report focuses on the cause of climate change as being manmade, and the consequences of staying on a world-wise course of producing global warming emissions.

“Continued emission of greenhouse gases will cause further warming and long-lasting changes in all components of the climate system, increasing the likelihood of severe, pervasive and irreversible impacts for people and ecosystems. Limiting climate change would require substantial and sustained reductions in greenhouse gas emissions which, together with adaptation, can limit climate change risks,” the report states.

Perhaps the starkest part of the report is prediction that surface temperature will continue to rise throughout the 21st century, causing heatwaves to occur more often and last longer and more frequent and intense extreme precipitation.

“It is virtually certain that there will be more frequent hot and fewer cold temperature extremes over most land areas on daily and seasonal timescales, as global mean surface temperature increases,” the report states. “It is very likely that heat waves will occur with a higher frequency and longer duration. Occasional cold winter extremes will continue to occur.”

What that means for global risks is a dramatic increase, according to the report.

“Climate change will amplify existing risks and create new risks for natural and human systems,” the report states. “Risks are unevenly distributed and are generally greater for disadvantaged people and communities in countries at all levels of development.”

Finally the report warns of irreversible changes without significant, and severe mitigation measures.

“Many aspects of climate change and associated impacts will continue for centuries, even if anthropogenic emissions of greenhouse gases are stopped. The risks of abrupt or irreversible changes increase as the magnitude of the warming increases,” the report stated.

There are many recommended steps for adaptation and mitigation outlined in the report. Among the steps are recommendations to reduce greenhouse gas emissions over the next few decades, integrating adaptation into planning, including public policy design, and decision making.

“National governments can coordinate adaptation efforts of local and subnational governments, for example by protecting vulnerable groups, by supporting economic diversification, and by providing information, policy and legal frameworks, and financial support,” the report states.