It’s been a rough year for American football. The National Football League has been plagued with a series of scandals. Commissioner Roger Goodell frequently seems befuddled, and it’s hard to discern any “plan” by the NFL other than to lawyer-up and weasel-word its way from scandal to scandal.

From the long-term trend of bad behavior by the players up to “Deflategate,” which has the integrity of the Patriots’ organization in question, it has become apparent that the NFL isn’t managing risk proactively.

Here, then, are five fast tips for the NFL with regard to enterprise risk management (ERM).

Why not invest a few thousand dollars to protect the billions of dollars (more than $6 billion for all teams combined) in revenue that the NFL generates? The players are young, with little life experience, and those that have the rare talent to succeed in the NFL are rewarded with multi-million dollar contracts. Perhaps youth, public adulation, inexperience and a mountain of money make a recipe for trouble? It took decades for the NFL to begin to care about the welfare of players beyond the close of their careers. Might it now be good risk management to give every star player the services of a personal manager who can help the player be a high-functioning human off the football turf? 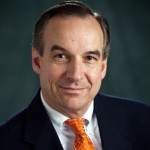 2.Don’t Put the Fox in Charge of the Henhouse

About 100 or so years ago, Major League Baseball figured out that players like to doctor the baseball to get an advantage. In response, baseball put the umpires in charge of the baseballs. Umpires have the pre-game job of rubbing down new baseballs with a special mud (from the banks of a secret creek in southern New Jersey) before each game. The home plate ump keeps a bunch of balls at hand, and they enter the game at his discretion. On the other hand, the NFL entrusts the footballs to the teams. Each team plays offense with its own set of footballs. It’s practically an invitation to cheat.

Regular watchers of NFL games know how carefully the coaching staff plans for game day: scouting the opposition; developing offensive and defensive schemes; devising new plays; planning for weather; noise; turf; and any condition that can affect performance. Then, however, it is comical on game day how many coaches get flustered, failing to manage the clock properly, bumbling the option to throw a challenge flag or punting from the opponent’s 35-yard line. When you consider how valuable each win becomes in terms of reaching the post-season, an ERM approach would invest in specialists whose sole job is clock management, field position management and replay/challenge management. How many times does the coach need to fail to understand he needs some help there?

The NFL took a very long time to react to the number of concussions suffered by players. While the league paid a $765 million settlement in regard to concussion cases and allegations that the NFL hid knowledge about the danger, the bigger question is: Why did the NFL hide the information, and did the NFL think it could be hidden forever? Has the NFL learned a lesson? You make your billions by putting the health of fearless young men at risk. Do you plan to care about their health from the minute they are drafted until well beyond retirement from football? “Pay me now, or pay me later.”

Let’s not have another wardrobe malfunction. Instead, seek out safe, comfortable, predictable performers who will entertain young fans without driving all the baby boomers out of the room. Wait, what? OK, we see you have that one covered.

Frappolli is senior director of knowledge resources at The Institutes, an education and research provider for the insurance industry.