Commercial insurance rates have barely budged at all over the last four months, according to the MarketScout report for June.

Only the business interruption line saw rates go down in June from the previous month and those were only down one percent on average.

“We are in the insurance doldrums. There really isn’t even a breeze of significant movement anywhere,” said Richard Kerr, CEO of the Dallas-based insurance exchange MarketScout. “The absence of rate movement could be yet another signal that insurers simply are not going to participate in a price slashing war as was done in previous market cycles. Low interest rates and better underwriting tools are making insurers cautious.”

Workers’ compensation, directors and officers liability, and employment practices liability were up from flat to one percent.

As measured by account size, small accounts (up to $25,000 premium) were up from one to two percent. Large accounts were down one percent. Rates for all other account sizes remained unchanged, according to the report prepare with help from with the National Alliance for Insurance Education and Research .

MarketScout’s charts of the June 2015 rates by coverage, industry class and account size: 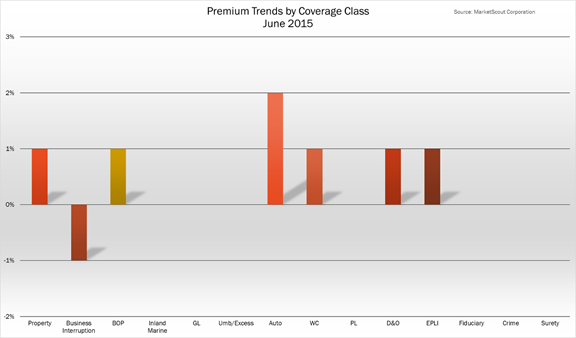 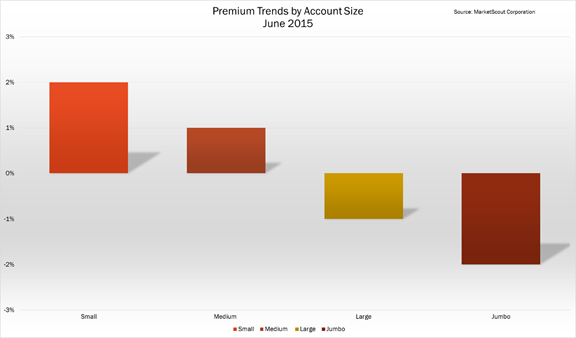 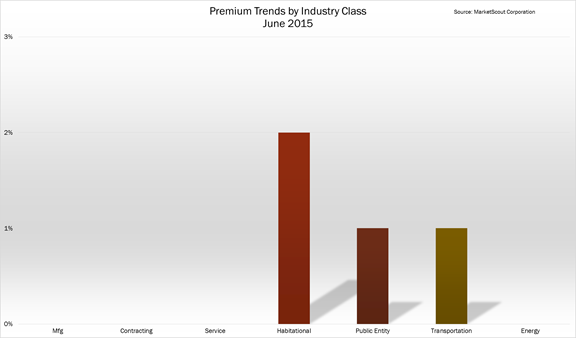